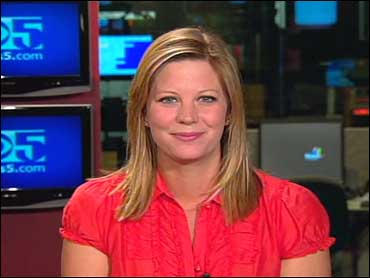 The Skinny is Joel Roberts' take on the top news of the day and the best of the Internet.


Why would an Alaska congressman care about a road-building project in Florida?

Well, he might if a Florida real-estate developer helped him raise $40,000 just days before the congressman introduced a measure that includes a $10 million "earmark" for the project.

According to The New York Times, the funding for a program to upgrade a stretch of pavement "that touches five golf clubs" along Coconut Road near Fort Myers, Fla., "appeared mysteriously in a 2006 transportation bill written by Representative Don Young, Republican of Alaska."

Days earlier, a real estate developer who owns "as much as 40,000 acres" along the road helped organize a fund-raiser for Young at a Florida hotel.
While it's "no secret that campaign contributions sometimes lead to lucrative official favors," the Times says, rarely are the tradeoffs "quite as obvious as in the twisted case of Coconut Road."

It's not the first controversy for Young, who drew attention last year for steering "more than $200 million to a so-called bridge to nowhere reaching 80 people on Gravina Island, Alaska."

He's also among the biggest recipients of campaign donations from an Alaskan oil company at the center of a corruption scandal that has rattled the state's Republican Party. And one of his top aides has pleaded guilty to bribery charges involving convicted lobbyist Jack Abramoff.

Meanwhile, the Washington Post reports that veteran Alaska GOP Sen. Ted Stevens, who was famous for bringing home earmarks during his tenure as chairman of the Appropriations Committee, disclosed that the FBI has "asked him to preserve records as part of a widening investigation into Alaskan political corruption."

There were new details Thursday about the behind-the-scenes role Vice President Dick Cheney played in pushing for the administration's secret domestic surveillance program.

The Washington Post reports that Cheney clashed with senior Justice Department officials who questioned the legality of the eavesdropping program at a "high-level White House meeting" in March 2004 – and that he later blocked the promotion of a Justice lawyer who had raised objections to the program.

That according to former deputy attorney general James D. Comey, who told a Senate committee Wednesday that Cheney met with the Justice officials a day before top administration aides, including then-White House counsel Alberto Gonzales, tried to get ailing Attorney General John D. Ashcroft – who was recuperating from surgery in a hospital – to approve the program.

The Post says the disclosures suggest that the vice president was "more closely involved than previously known in a fierce internal battle over the legality of the warrantless surveillance program."

The Post and The New York Times also report that Comey said Cheney blocked the promotion of a Cheney subordinate, Patrick F. Philbin, because of his concerns about the legality of the wiretap program.

A NOTE TO READERS: The Skinny is now available via e-mail. Click here and follow the directions to register to receive it in your inbox each weekday morning.
View CBS News In
CBS News App Open
Chrome Safari Continue
Be the first to know
Get browser notifications for breaking news, live events, and exclusive reporting.