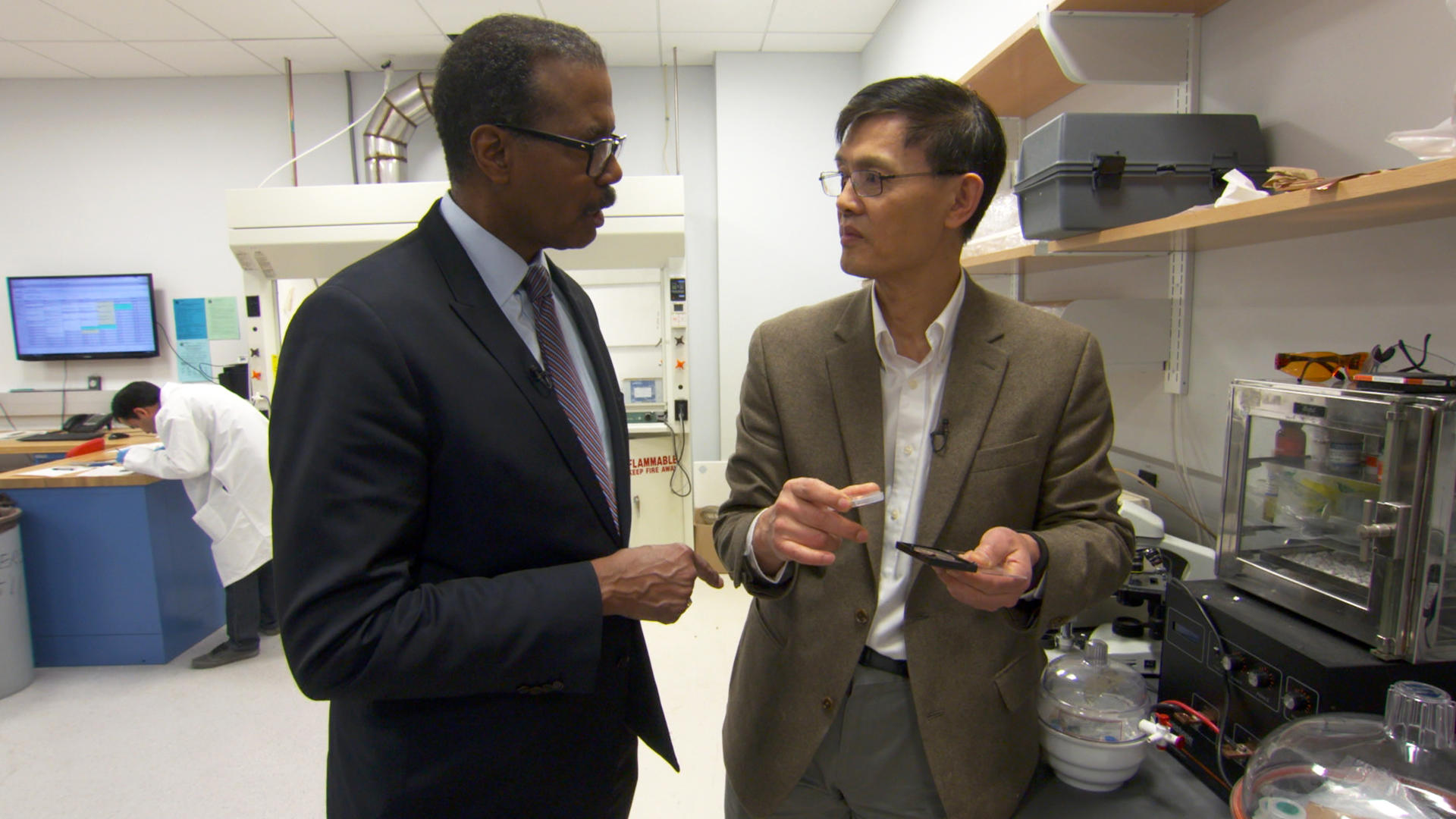 The pounding on his front door was so intense that Xiaoxing Xi opened it without being fully dressed. In the early morning light on the other side, a dozen armed FBI agents, clad in bullet-proof vests, barged into Xi's home with their guns drawn. They pushed him against a wall and handcuffed him as his wife and daughters looked on, frightened and confused. They had a warrant for his arrest, the agents explained, but did not tell him why. Instead, they whisked him away to an FBI field office where they eventually told him he faced charges related to economic espionage — specifically, for passing high-tech American secrets to China.

"The very first thing that went through my mind was, 'This must be a mistake,'" Xi says.

As 60 Minutes correspondent Bill Whitaker explains in the video above, the Justice Department's fight against Chinese nationals stealing American trade secrets has had very real consequences for Chinese Americans caught in the fray.

"I was attracted to the story on American citizens being caught up in something that was almost Kafkaesque," Whitaker tells 60 Minutes Overtime. "Here they were saying, 'I didn't do this.' But the government was coming down on them and accusing them of something, and there was almost no way that they could talk their way out of it."

"The fact that they would suspect us stealing secret for China is very offensive. We're American."— Xiaoxing Xi

For Xi, a Chinese-born American citizen, the early morning wake-up call was just the beginning. As chair of the Temple University physics department, he had established himself as a leader in the study of superconductors that could help improve MRIs. He managed nine government research projects and more than a million dollars in federal funding — including grants from the National Science Foundation. The NSF money mandated that he work with Chinese scientists, the very ones the Justice Department later accused him of colluding with.

Prosecutors suspected he was scheming to obtain groundbreaking American technology, specifically a device called a pocket heater. It's used to make a superfine coating that maximizes the flow of electricity. But the blueprints Xi was sharing were for an entirely different — and innocuous — device he was developing.

"The government thought that he was passing that technology to scientists in China," 60 Minutes producer Marc Lieberman says. "But in reality, he was not sharing that device with anyone in China. The government had the science completely wrong."

"The impact of it, how serious this all was, I don't think hit them until they actually saw the indictment," Whitaker says. "And at the top of it, it says, 'The United States of America versus Xiaoxing Xi.'"

In addition to serious federal charges and the threat of decades behind bars, Xi's professional world began to collapse. He says Temple University urged him to stay away from campus, and his research was reassigned to a colleague. Local news reporters staked out Xi's house, as the label of "international spy" hung over him throughout town. It would take months — and about $200,000 in legal fees— to clear his name.

But Xi fears his career has been irrevocably damaged.

"His work is primarily funded by the U.S. government in the form of research grants," Lieberman says. "And he's concerned that, if people are suspicious because he was indicted, that perhaps he won't get grants in the future. And that's really the lifeblood of his work."

"I think that what happened to my dad was an injustice. And I think that the government should be held accountable to it." — Joyce Xi, Xiaoxing Xi's daughter

Even though Xi was wrongly charged, the fear of Chinese spying isn't unfounded. The U.S. government has prioritized fighting Chinese economic espionage — stealing American trade secrets and intellectual property (IP). At a Senate Intelligence Committee hearing in February, FBI Director Christopher Wray said that spying by Chinese professors, scientists and students in the U.S. threatens all of American society. "It's not just in major cities," he said. "It's in small ones as well. It's across basically every discipline."

But Peter Zeidenberg, a former federal prosecutor who represented Xi, thinks Chinese Americans are becoming collateral damage in the fight. Prosecutors are feeling pressure to bring these cases, he reasons, and investigators are eager to bring cases that may be high profile.

Since 2012, the Justice Department has dropped charges against five Chinese-born scientists accused of crimes related to secrets, theft or economic spying. All five are American citizens.

"The fact that they would suspect us stealing secret for China is very offensive," Xi says. "We're American."

For the Justice Department, these cases are examples of a legal system that works — when prosecutors found evidence that contradicted the case against Xi, for example, they dropped the charges. But as Whitaker explains, they never should have brought charges in the first place, had they properly vetted the facts.

"What they were accusing him of, if a scientist had actually taken a look at it, it would have just gone away in a flash because it was not true," Whitaker says. "But they jumped first, indicted first, and found out that they were wrong later."

Xi's family still feels the shock of that May 2015 morning. His wife, Qi Jenny Li, recounts the FBI agents pointing guns at her in her own home, as she raised her hands in defense and watched her husband being led away in handcuffs. But it was the ensuing months of stress and baseless federal charges that hurt most.

"To me, that was like, you know, you had a very hard punch to your stomach," she says.

While Xi was welcomed back as a professor at Temple University, he wasn't reinstated as chair of the physics department. The lingering impact on his ability to receive federal funding is still unknown.

His daughter, Joyce Xi, says the Justice Department is liable. "I think that what happened to my dad was an injustice," she says. "And I think that the government should be held accountable to it."

Last year, Xi, along with his wife and daughter, filed a federal lawsuit against the FBI, alleging malicious prosecution and invasion of privacy. The ACLU has joined the suit as Xi's legal representation.

Xi still cries when describing the pain his family felt.

"I didn't do anything wrong but my family and myself had to go through this," he says. "The scars from this traumatic experience is so deep that it's going to be with us for the rest of our life."

To watch Bill Whitaker's 60 Minutes report "Collateral Damage," click here. The report originally aired on May 15, 2016. The above video was produced and edited by Lisa Orlando.