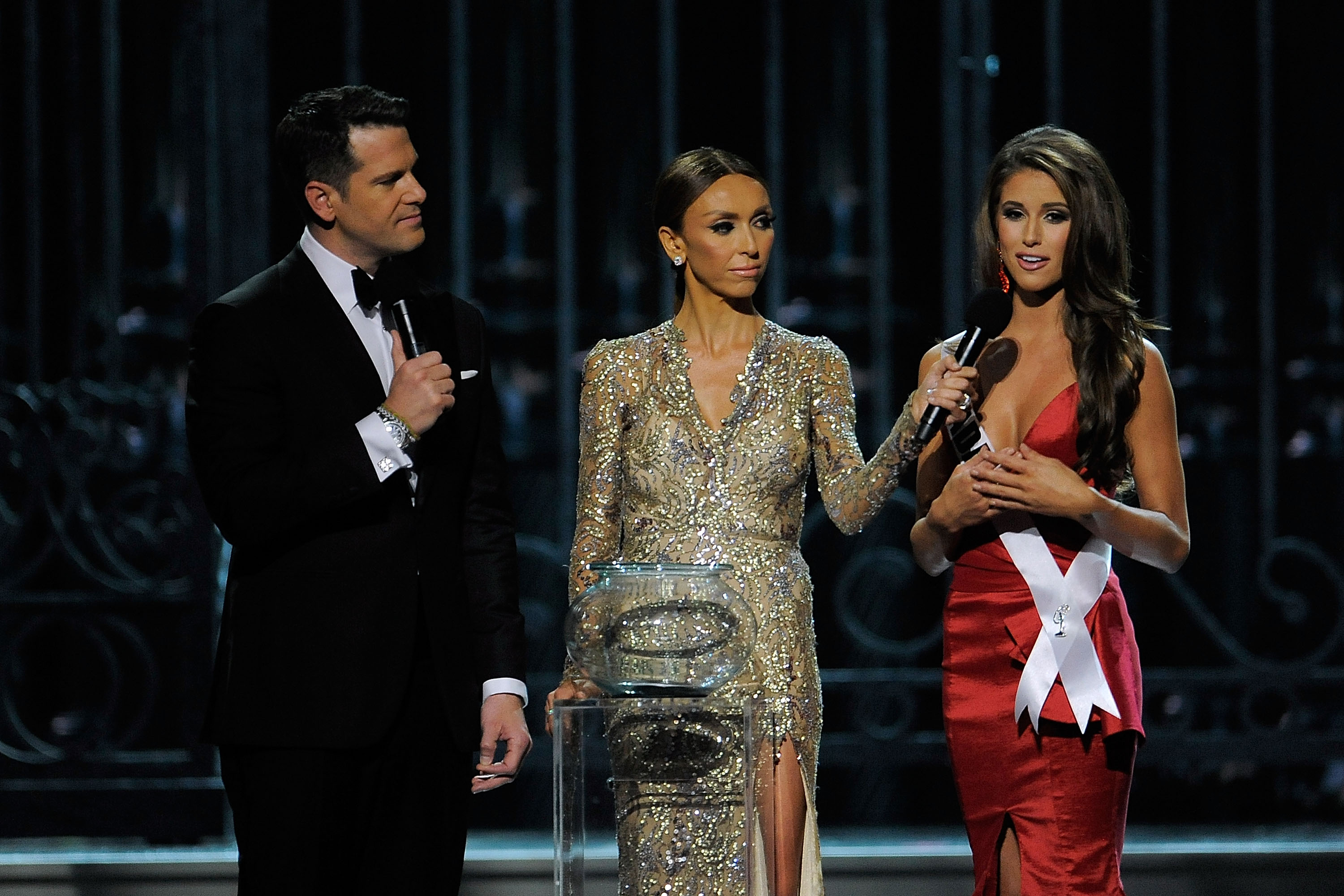 The show will go on for the Miss USA pageant. Though whether it will be televised remains to be seen.

On Monday, NBC announced it was cutting ties with Donald Trump, which means it would no longer be airing the scheduled July 12 event. The real estate mogul, who's under fire for comments he made about Latinos earlier this month, is co-owner of the Miss Universe Organization, which hosts the annual pageant.

"We are disheartened by recent events but the show will go on," the Miss Universe Organization said in a statement. "The Miss Universe Organization is built on a foundation of inclusion and continues to be a celebration of diversity and of all cultures. This year's Miss USA contestants represent many different ethnic backgrounds, including six Latinas (four of whom are of Mexican descent)."

"We are moving forward, full-steam ahead as planned for the next two weeks," the organization said.

NBC, meanwhile, is still trying to figure out what to slot in the pageant's place next month. Last year, the pageant attracted 5.6 million viewers for the network.

Trump, who is part owner of Miss Universe Organization (which produces the Miss USA pageant), caused a stir with his comments during this month's presidential announcement speech in which he accused Latino immigrants of bringing drugs, crime and rapists to the U.S.