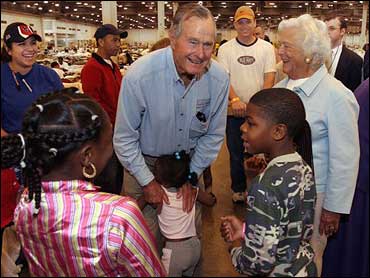 Finally, we have discovered the roots of George W. Bush's "compassionate conservatism."

On the heels of the president's "What, me worry?" response to the death, destruction and dislocation that followed upon Hurricane Katrina comes the news of his mother's Labor Day visit with hurricane evacuees at the Astrodome in Houston.

Commenting on the facilities that have been set up for the evacuees — cots crammed side-by-side in a huge stadium where the lights never go out and the sound of sobbing children never completely ceases — former first lady Barbara Bush concluded that the poor people of New Orleans had lucked out.

"Everyone is so overwhelmed by the hospitality. And so many of the people in the arena here, you know, were underprivileged anyway, so this, this is working very well for them," Mrs. Bush told American Public Media's "Marketplace" program, before returning to her multi-million dollar Houston home.

On the tape of the interview, Mrs. Bush chuckles audibly as she observes just how great things are going for families that are separated from loved ones, people who have been forced to abandon their homes and the only community where they have ever lived, and parents who are explaining to children that their pets, their toys and in some cases their friends may be lost forever. Perhaps the former first lady was amusing herself with the notion that evacuees without bread could eat cake.

At the very least, she was expressing a measure of empathy commensurate with that evidenced by her son during his fly-ins for disaster-zone photo opportunities.

On Friday, when even Republican lawmakers were giving the federal government an "F" for its response to the crisis, President Bush heaped praise on embattled Federal Emergency Management Agency Director Michael Brown. As thousands of victims of the hurricane continued to plead for food, water, shelter, medical care and a way out of the nightmare to which federal neglect had consigned them, Brown cheerily announced that "people are getting the help they need."

Barbara Bush's son put his arm around the addled FEMA functionary and declared, "Brownie, you're doing a heck of a job."

Even when a hurricane hits, the apple does not fall far from the tree. 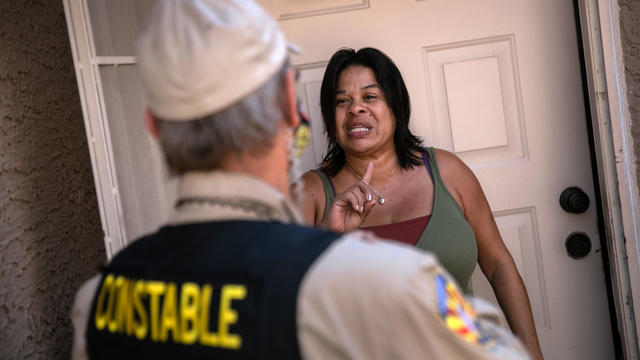 Renters are still being evicted, despite federal ban

Loopholes in a CDC moratorium for evictions mean many renters are still losing their homes.