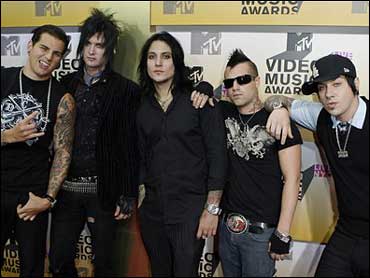 Lt. John Domingo says the 28-year-old Sullivan, who went by the stage name The Rev, appears to have died of natural causes on Monday in Huntington Beach.

The Orange County coroner's office is investigating the death.

Avenged Sevenfold formed in Huntington Beach in 1999 and won Best New Artist at the MTV Video Music Awards in 2006. According to their MySpace page, the five-man metalcore band was working on their fifth album.

The band released a statement Monday expressing their sadness and calling Sullivan "one of the world's best drummers," and "our best friend and brother."