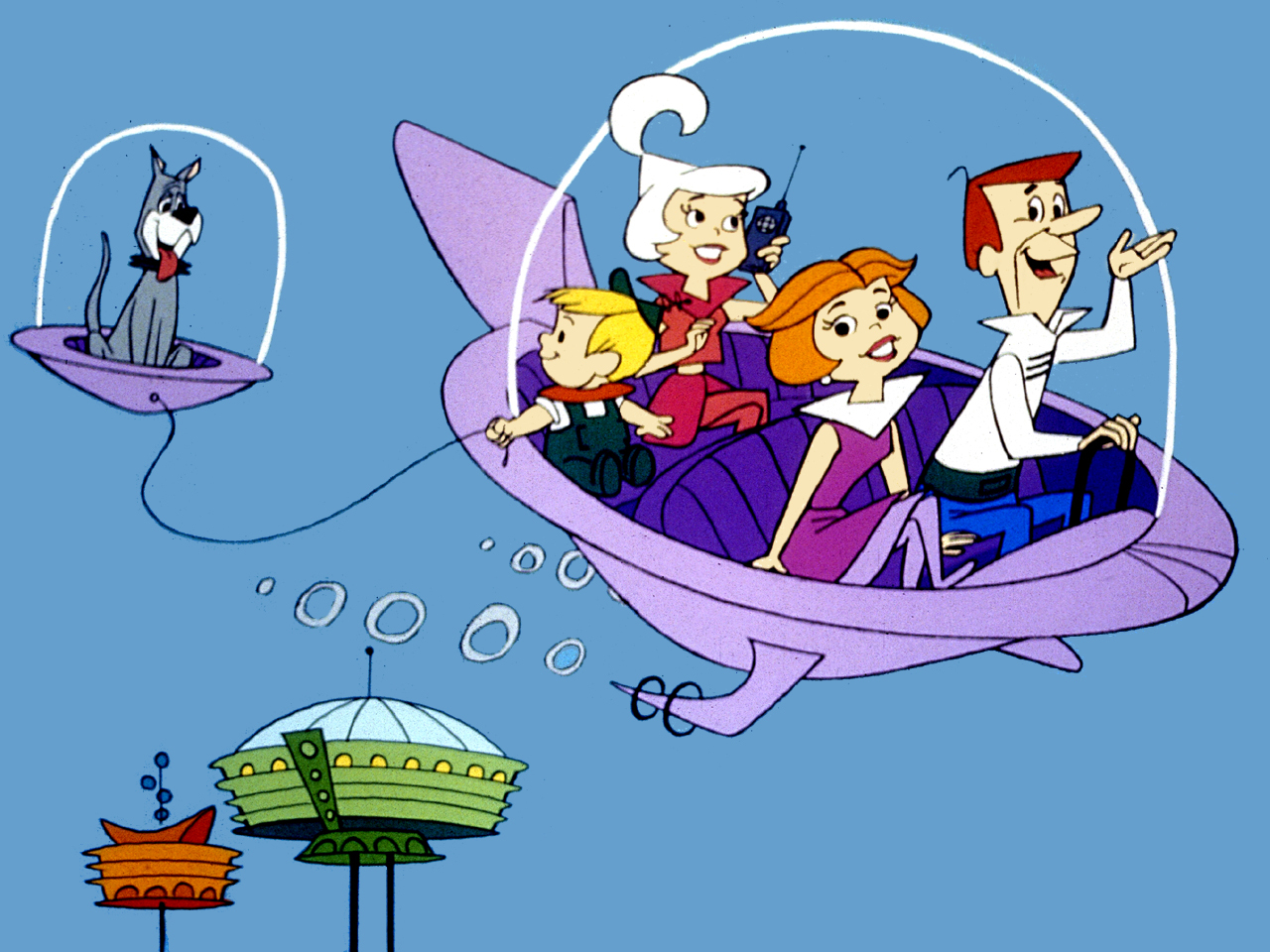 (CBS News) Time now to "Meet The Jetsons," or meet them again, in the case of anyone who watched them on TV over the past 50+ years. As Lee Cowan tells us, they raised our hopes for the future -- and raised our expectations as well:

In the shadow of its iconic water tower at the heart of Warner Brothers Studios, the future is already 50 years old.

There, in the faded pencil of old storyboards, is that familiar futuristic family from the 21st century.

Everything about "The Jetsons" was space-age cool. And in 1962 when it first debuted, it all seemed oddly possible.

From suits to make us fly, to colonies on the Moon -- even pneumatic tube transport.

The Jetsonian future -- the year 2062, to be exact -- seemed full of promise. Just ask Matt Novak, a self-described Jetsonologist.

Novak tells Cowan that he agrees "The Jetsons" is "just a cartoon, and I totally understand and recognize it. But as a parody show, I think it's important."

He analyzed all 24 episodes of the original series for Smithsonian Magazine, making the case that despite being a half-century old, "The Jetsons" still sets the bar for what we expect.

"The Jetsons represent this retro-future, but in a lot of ways, a lot of those elements still feels very futuristic to us," Novak said.

Most of what animators William Hanna and Joseph Barbera conjured up was for laughs: personal grooming gizmos, salt and pepper robots, buildings on stilts that could elevate out of bad weather.

But there was a lot of the future that "The Jetsons" got right.

George's video phone sure looks a lot like our modern-day Skype.

His talking watch would likely be good friends today with Apple's Siri.

That's all gee-whiz kind of stuff, but for those of us who ate our Cap'n Crunch glued to "The Jetsons" every Saturday morning, we still want more.

"That is the retro-futurist mantra," Novak said. "There was this future that was promised to us, that wasn't delivered."

Rosie the Robot is often the face of those futuristic laments. She was, as described by Warner Brothers Animation head Sam Register, "like a Swiss Army knife of robotics!"

Register points out Rosie took the world of push- button convenience one button further: "What's incredible is, their lives were so easy anyway, that they still would need someone to even make it more easy - like, you have a robot to press even more buttons!"

As beloved as they were -- and as timeless as they are - "The Jetsons" reminds us our standard of comfort is rarely comfortable enough.

"Even when you have a world of flying cars and jet packs and meal pills, and you only have to work a few hours a day, you're still going to take that for granted," said Novak.

After all, gadgets are still only as good as the people who use them, even in the year 2062.

"There's still so many elements of the 'Jetsons' future that we don't have, that people are constantly pining for and writing about and longing for," Novak said. But we still have 50 years. Who knows?"

"We might get our flying cars yet," said Cowan.