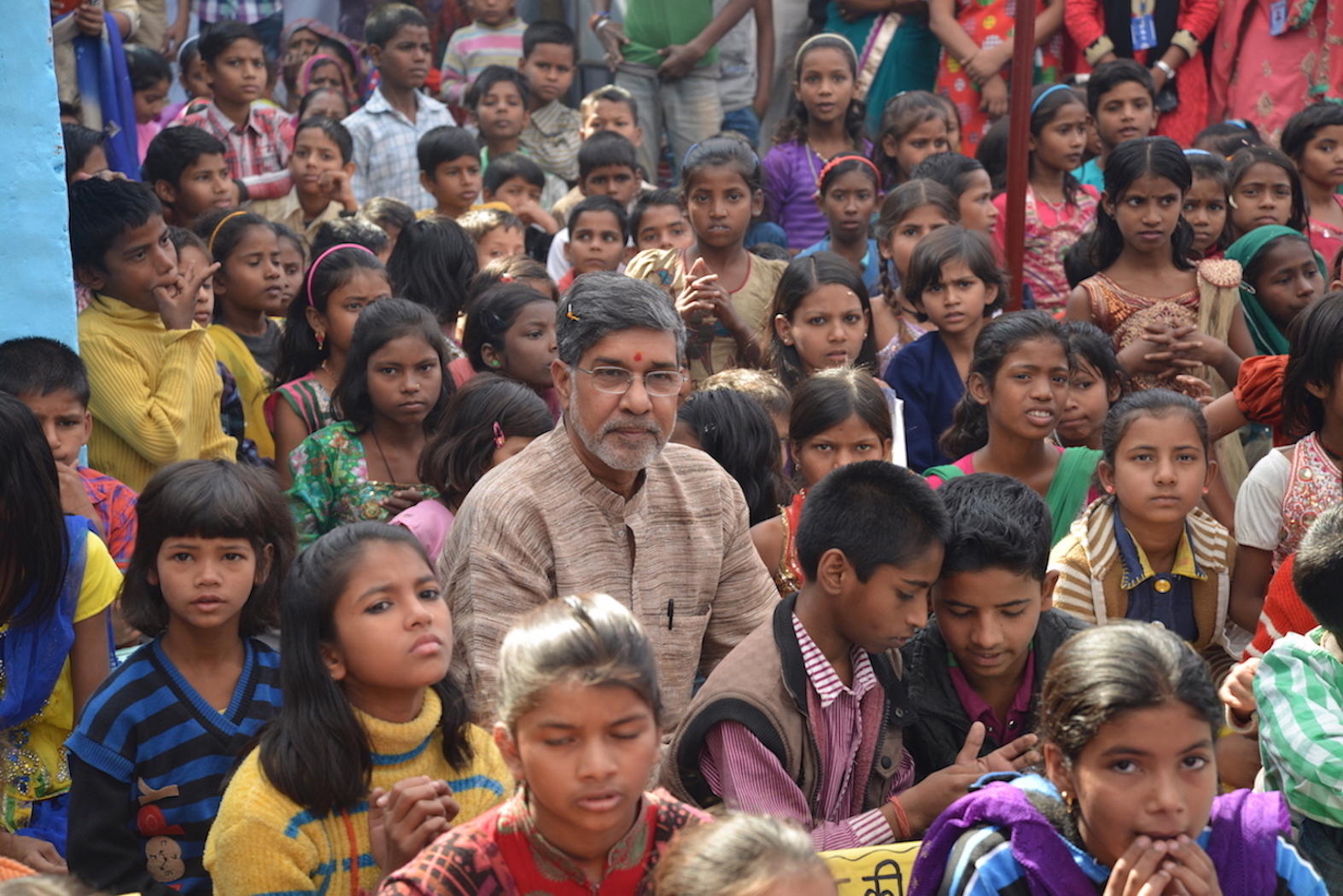 As the holiday season kicks off, Nobel Peace Prize winner Kailash Satyarthi wants consumers to ask more questions. Satyarthi stars in the new documentary, "The Price of Free," in which he rescues child slaves in India who work in factories, some of which supply U.S. stores.

Satyarthi, whose mission is to save children from slavery and violence, is the founder of Bachpan Bachao Andolan (BBA), based in India, and the international organization The Kailash Foundation (TKF).

He told CBS News, "For every product, consumers can ask this question to the brand or shopkeepers, 'How can you guarantee that they are truly made without child labor?' That can be the starting point … When consumers star asking questions, then [stores] have to find answers." Satyarthi said consumers have the power to hold businesses accountable for their practices.

"It would not be too difficult to write to president of a company and ask, 'How will you ensure that your products are made without child labor?'" he said. "This is their moral and legal responsibility to ensure that no child exploit or labor is engaged. Brands cannot just escape."

Satyarthi began his work freeing child slaves in India in 1981 and says he has saved more than 85,000 children since then. He has expanded his work to reach children around the world who are touched by not just slavery, but also trafficking, sexual abuse and other types of violence.

In the film, Satyarthi is shown raiding factories, where he finds young children whose parents believe they are working for a salary. The children come from poor families who are told they will be paid and taken care of; instead, they become enslaved under poor working conditions, in which they are sometimes beaten. The documentary shows Satyarthi looking for one boy in particular: Sonu, whose father asked BBA for their help.

He wants everyone to know that Sonu is doing well.

"When the film was completed and it won Sundance Grand Jury, we were still struggling to find Sonu and everyone was worried about him," he said. "People were challenging me, and I said believe me, Sonu is alive. I will find him. But that was challenging, and within six or seven months, we were able to find him. He's very good, at home, and next year in January or February, he will start going to school."

In the film, Satyarthi and BBA take the children to ashrams where they are provided with meals and services. He said that beyond the rescues, his organizations make sure the children have the social and educational support they need through government services before they are released.  TKF works across 140 countries and encourages governments to set up shelters and centers for children who are victims of violence around the world.

"We follow each single case to make sure the child does not fall back," he said, adding that children who are particularly vulnerable - orphans or children who come from single-parent homes - often receive extra support. BBA and TKF work to connect children with healthcare and education.