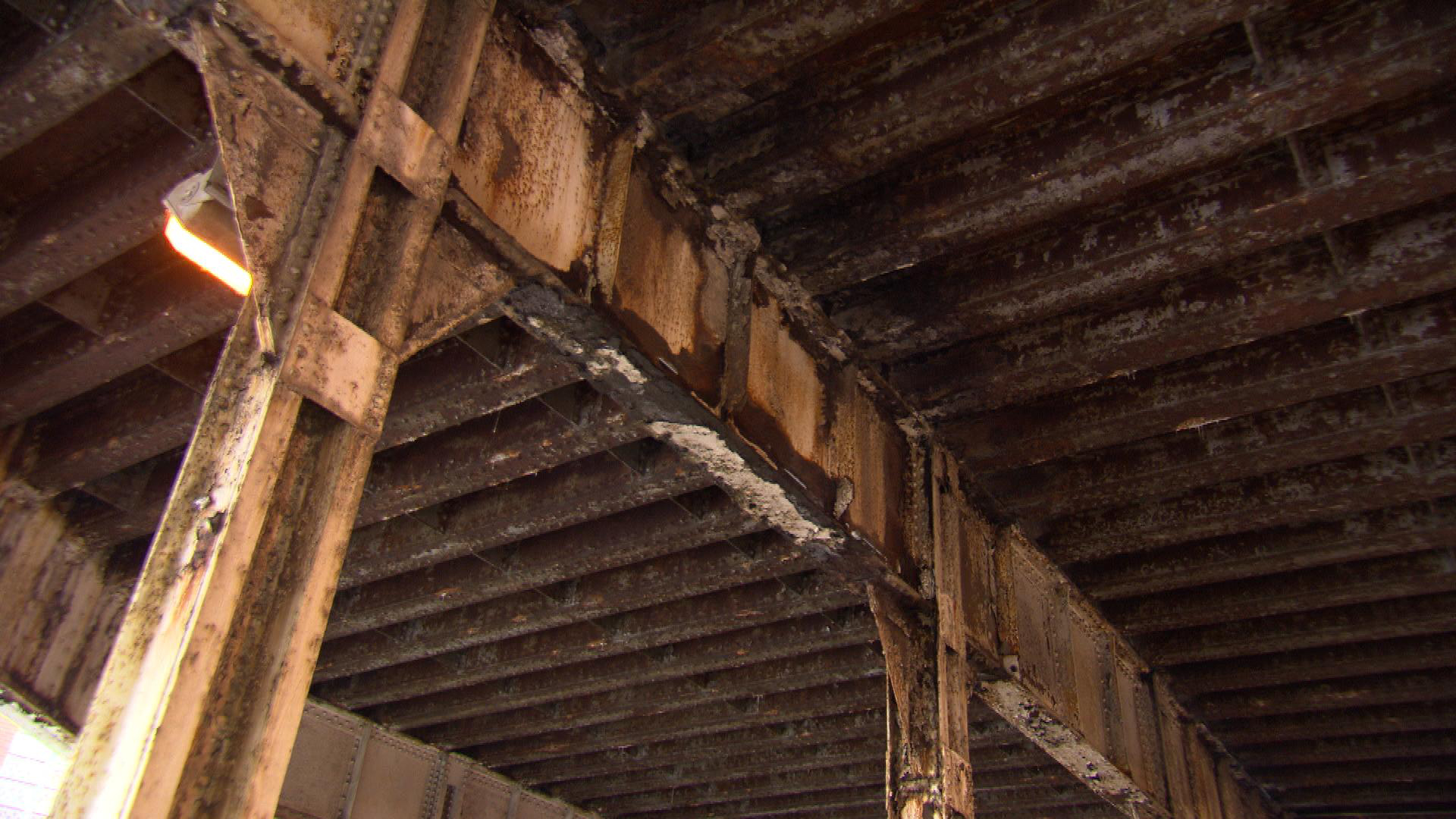 "It's not a very sexy subject," Steve Kroft says about his 60 Minutes story on the U.S.'s crumbling infrastructure. "[But] it's a little like replacing the roof on your house...if you don't do it, it's just going to get more expensive every year and eventually end in disaster."

While reporting this week's story, Kroft and civil engineer Andy Herrmann flew over Pittsburgh to get a bird's eye view of some of the four thousand bridges in the metropolitan area. What he saw was alarming, to say the least. Hear Kroft's discussion about the story with 60 Minutes Overtime's Magalie Laguerre-Wilkinson in the video player above.

Unsexy though the story may be, 60 Minutes has followed the sorry state of our infrastructure for decades. In 1989, Harry Reasoner reported on the neglect of New York City infrastructure, which resulted in chunks of the West Side Highway giving way beneath the tires of commuters' cars. Watch that report below:

The following is a script of the video produced for 60 Minutes Overtime by Magalie Laguerre-Wilkinson and Craig Crawford and published on November 23, 2014.

Steve Kroft: It's on infrastructure, and how the country is falling apart.

Magalie Laguerre-Wilkinson: What was the genesis of this story for you?

Steve Kroft: Well, I had always sort of been interested in, and I really got interested in 2008 covering Senator Obama's run for presidency. And it was a big issue for Obama.

[President Obama in 2008: If we don't help create jobs, make sure that peoples' incomes are going up, revitalizing our economy with innovation, investment and infrastructure, unless we take some of those structural steps over the next few years, we are going to keep slipping behind.]

Steve Kroft: It was one of the things that he talked about every day, and the fact that the bridges were falling apart, the ports were on the verge of becoming obsolete because they hadn't been dredged and maintained. The airports were a mess. He said, it was a way to put money in infrastructure and we'll put all these people back to work. And it never really happened.

Michael Karzis: Steve basically, he said, "Look, you know, I'm really interested in this subject. I think that you ought to go and dig into it and see what you can find."

Magalie Laguerre-Wilkinson: And what you found was?

Michael Karzis: What we found was, you know, a great story, you know, I think an important story. My name is Michael Karzis. I'm a producer for 60 Minutes. And I'm one of the producers for the broadcast this week on a story about infrastructure.

Steve Kroft: I don't think people know about it. And that was really the one thing that we were trying to do in this story, was to show people some things, and to try and educate them that this is going on in every community in the United States and it's only going to get worse unless we start dealing with it.

Magalie Laguerre-Wilkinson: For something that would benefit every single citizen of this country, it's baffling it remains so political. Why is that?

Steve Kroft: People in Congress generally don't like to raise taxes, because they're afraid they'll lose the next election. And that's why nobody talked about it during the past midterm election campaign. Nobody wanted to say, "I think we ought to raise the gas tax on an election year." Because there's a good chance that maybe next time, you know, the voters wouldn't send them back to Washington.

Michael Karzis: I mean, look, this used to be a bipartisan issue. I mean, building the interstate, building the Hoover Dam, you know, connecting the country by rail. All of this was, this was a no-brainer. And that's the way it worked for 50, 60, 70 years. It costs money. It means raising taxes, in most cases, certainly for roads and bridges. And nobody wants to touch it. It's a political "hot potato."

Magalie Laguerre-Wilkinson: When you're up in that chopper flying over Pittsburgh...

Magalie Laguerre-Wilkinson: You're kind of sitting there a little bit mouth agape, I mean you're kind of stunned by what you're seeing. Did you think it was going to be so bad?

Steve Kroft: I was pretty surprised to see that one bridge that we took pictures of.

[Steve Kroft: And so this metal structure you see underneath it, that's designed to catch falling debris?]

[Andy Herrmann: Yes, notice there is no beginning and no ending. It's just catching debris.]

Steve Kroft: I thought that that scene was particularly interesting. I mean, it was really visual. I had no idea that Pittsburgh had that many bridges. And I had no idea that more than a thousand of them were structurally deficient.

Magalie Laguerre-Wilkinson: When you visit other industrialized countries in the world -- Canada, France, Germany, Switzerland -- it's so simple. It's so easy. I mean, smooth roads. And you come here and it's as if the U.S. is still in the 19th century.

Michael Karzis: Well, those countries that you mentioned spend a lot more on their infrastructure than we do -- a higher percentage of their GDP, in some cases double what we spend on infrastructure.

Steve Kroft: One of the big concerns is that particularly in the business community is that it's hurting us as a country in terms of competing on a global nature with other big countries.

Magalie Laguerre-Wilkinson: Where does the United States rank in infrastructure?

Steve Kroft: The United States used to be number one. And now we're in the top 20, 16th I think, behind Iceland, and Spain, and Austria, and Portugal, and the United Arab Emirates, and a lot of countries you wouldn't think would have that great an infrastructure.

Magalie Laguerre-Wilkinson: What should people take away from this? I mean, this is pretty outrageous.

Steve Kroft: It's not a very sexy subject unless you know a lot about it. It's a little like replacing the roof on your house. It costs a lot of money but you have to do it, because if you don't do it, it's just going to get more expensive every year, and eventually end in disaster.