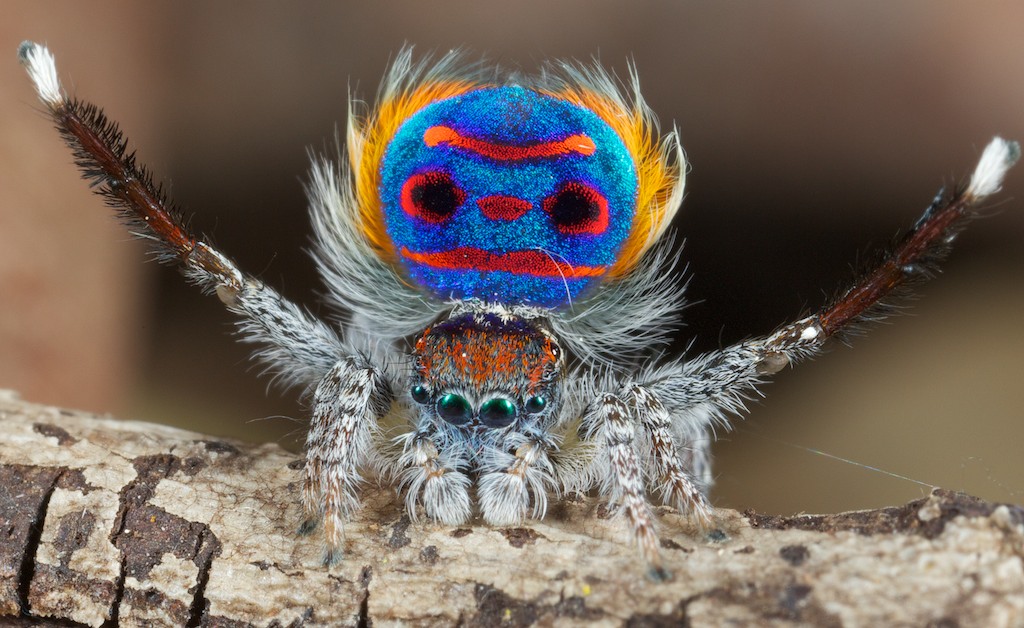 It's kind of a like a sexy arachnid Hokey Pokey.

The peacock spider puts his left leg up and he shakes it all about. He also seems to clap, wiggle and shimmy. Even arachnaphobes can appreciate these dance moves.

Named for their bright colors and dramatic displays, peacock spiders are native to Australia. The group was first discovered in the 1800s, and new species are still being identified. Most recently, a graduate student in Queensland described the previously unknown "Sparklemuffin" and "Skeletorus."

During their mating ritual to attract females, the male spiders flap their fans -- their answer to a peacock's colorful tail -- and raise a single leg, waving it in a furious come hither motion.

The moves have certainly worked their magic on Jürgen Otto, who coauthored the study on Skeletorus and Sparklemuffin and has been photographing and recording peacock spiders since 2008.

Otto has a YouTube channel and Flickr albums dedicated to the tiny, colorful, rhythmic creepy crawlers. Behold some of his captivating and oddly adorable music videos: