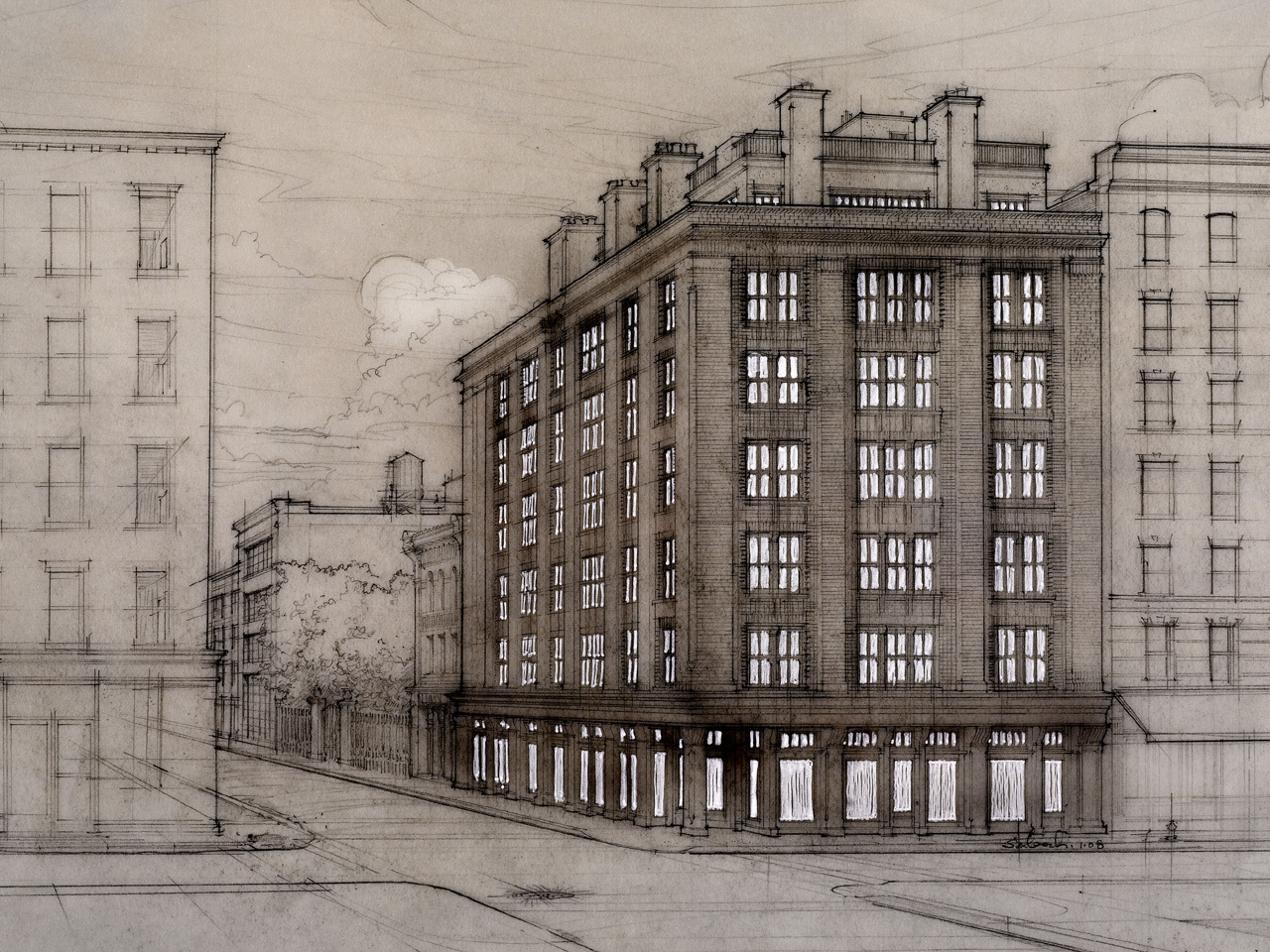 (CBS News) Anyone who has seen a great old building being torn down knows that they don't make 'em like they used to. But one New York design team is trying. Tracy Smith reports our Cover Story:

It was built to stand for centuries, but by 1969, New York's Grand Central Terminal was in trouble.

Kent Barwick led an effort to save the old building from developers.

"At one time they wanted to put three levels of bowling alleys in this room, an idea that happily got laughed out of town," Barwick told Smith. "But their big idea was to put a tower above this building and to destroy this room."

After a major court battle -- and a little help from Jacqueline Onassis -- Grand Central was saved.

Today, that decision seems like a no-brainer . . . but in general, historic preservation is, at best, a tricky business.

Smith asked Paul Goldberger, architecture critic for Vanity Fair, how we decide what to save: "We want to save the best of every period, ideally," he replied. "We also want to protect certain kinds of neighborhoods -- like Beacon Hill in Boston, or Georgetown in Washington. That's really important.

The dark underside of historic preservation is that we often preserve not so much because we love what we're protecting; it's because we fear what will replace it," he continued. "And, unfortunately, we've been right a lot of the time."

A case in point: the dreary Madison Square Garden was built on the spot where the magnificent Penn Station once stood.

They may not make 'em like they used to -- but that doesn't mean no one's trying.

Robin Standefer and Stephen Alesch are founders of the design firm Roman and Williams. In an age of generic glass buildings, their designs evoke a sense of personality . . . and permanence.

"We feel like we could build a building right now with current labor and materials that could last four or five hundred years," said Alesch.

Take for example Elizabeth Street in Manhattan: Other buildings on the block are well over a hundred years old, except for the seven-story building on the corner of Elizabeth and Prince. It's nearly new, but built the old-fashioned way, with old-fashioned bricks.

"All of our bricks were dead stock," said Standefer, which means, "they hadn't been used since 1950. No exaggeration."

And when the place was finished, people thought it had always been there.

"When we took the scaffolding down, they just thought we had cleaned the building," Alesch said.

"But you built it from nothing?" Smith asked.

Ironically, their first buildings were meant to be torn down: they built movie sets, including the house for the 1998 film, "Practical Magic."

Now, instead of designing things that last forever on film, they design buildings they hope will just plain last.

At New York's historic Schemerhorn Building, the interior they designed for the brand new Lafayette Restaurant uses the same materials that might have been found when the building was built in the 1880s. It only feels old.

"It feels like this place has been here forever," said Smith. Yet it's only been around two short weeks.

"Roman and Williams, I think, are really, really good at understanding what kind of visceral thing we have inside us that makes us respond to certain things," said Goldberger. "Beautiful things that are sort of what you remember, but they're actually really better.

"It's a more perfect version of the past."

Other critics have called their old-fashioned designs a passing trend, but Standefer and Alesch -- who happen to be married to each other -- say their designs, like their buildings, are here to stay.

And whether it's new built to old standards, or an old building saved for a new generation, the effect is often the same: great buildings move us.

"Architecture's the only one that's around us all the time, every day, and that does its magic on us every day. And so, I think people really want the buildings that perform magic in some way, that make them feel special, that makes their heart lift up for a moment as they walk past it, that makes them feel good -- even if they never had a reason to go inside."