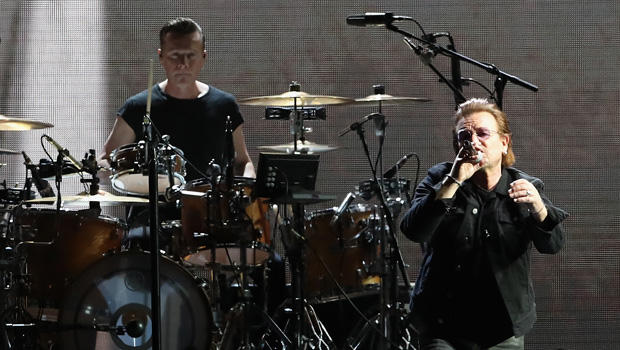 Contributor Bill Flanagan previews some of fall's most anticipated new releases, from pop to classical and jazz:

The biggest date of the fall music season is November 10th.  That's when Taylor Swift's sixth album, "Reputation," arrives.  Swift has gone from teen star to adult artist and from country to pop without missing a step or making a mistake.

To watch Taylor Swift perform "Look What You Made Me Do," from the album "Reputation," click on the video player below.

Forty years after the death of the great soprano Maria Callas, Warner Classics is releasing "Maria Callas: The Live Recordings 1949-1964" -- a 42-CD box set. That's quite a large box!  Verdi, Wagner, Puccini -- Callas sings the pantheon. This is immortal music.

The jazz world is leaning forward in anticipation of "Harmony of Difference," the new album from Kamasi Washington, the brilliant young composer-saxophonist who blew everyone away with his 2015 triple album, "The Epic." Anything less than a masterpiece will be considered a disappointment. No pressure!

To watch Kamasi Washington perform "Truth," from the EP album "Harmony of Difference," click on the video player below.

U2 has finally finished the much-delayed "Songs of Experience." It's coming on the first of December.  It's the album U2 fans hoped they still had in them.

To hear U2 perform "You're the Best Thing About Me," from the album "Songs of Experience," click on the video player below.

In October the brilliant Chinese pianist Lang Lang will release "Romance" -- and no, it's not a collection of love songs.  It's romance in the classical sense -- short pieces. "Ave Maria" and Tchaikovsky's "Nutcracker" are among the crowd-pleasers getting the Lang Lang touch.

We lost free jazz giant Ornette Coleman in 2015. Winner of a Pulitzer Prize and a Macarthur Fellowship, it's hard to believe there are important Ornette albums never issued on CD.  That will be rectified with the digital release of "Ornette at 12" and "Crisis," two late-'60s albums, now combined into one.  Both records feature Charlie Haden, Dewey Redman and Denardo Coleman, with Don Cherry joining on "Crisis."  It was edgy then, it's edgy now -- but it's great American music.

To hear Ornette Coleman perform "Song for Ché," from the album "Crisis," click on the video player below.

Back in 1969 Stephen Stills wrote "Suite: Judy Blue Eyes" about his girlfriend Judy Collins.  The romance did not last, but their friendship did.  Forty-eight years later, Collins and Stills have finally made an album together.  "Everybody Knows" arrived in stores this weekend. Let's see if the spark is still there.

To hear Stephen Stills and Judy Collins perform "Questions," from the album "Everybody Knows," click on the video player below.

We live in a time when album sales are down, but with streaming services and satellite radio, we are consuming more music than ever. The autumn of 2017 will give you a lot to listen to.