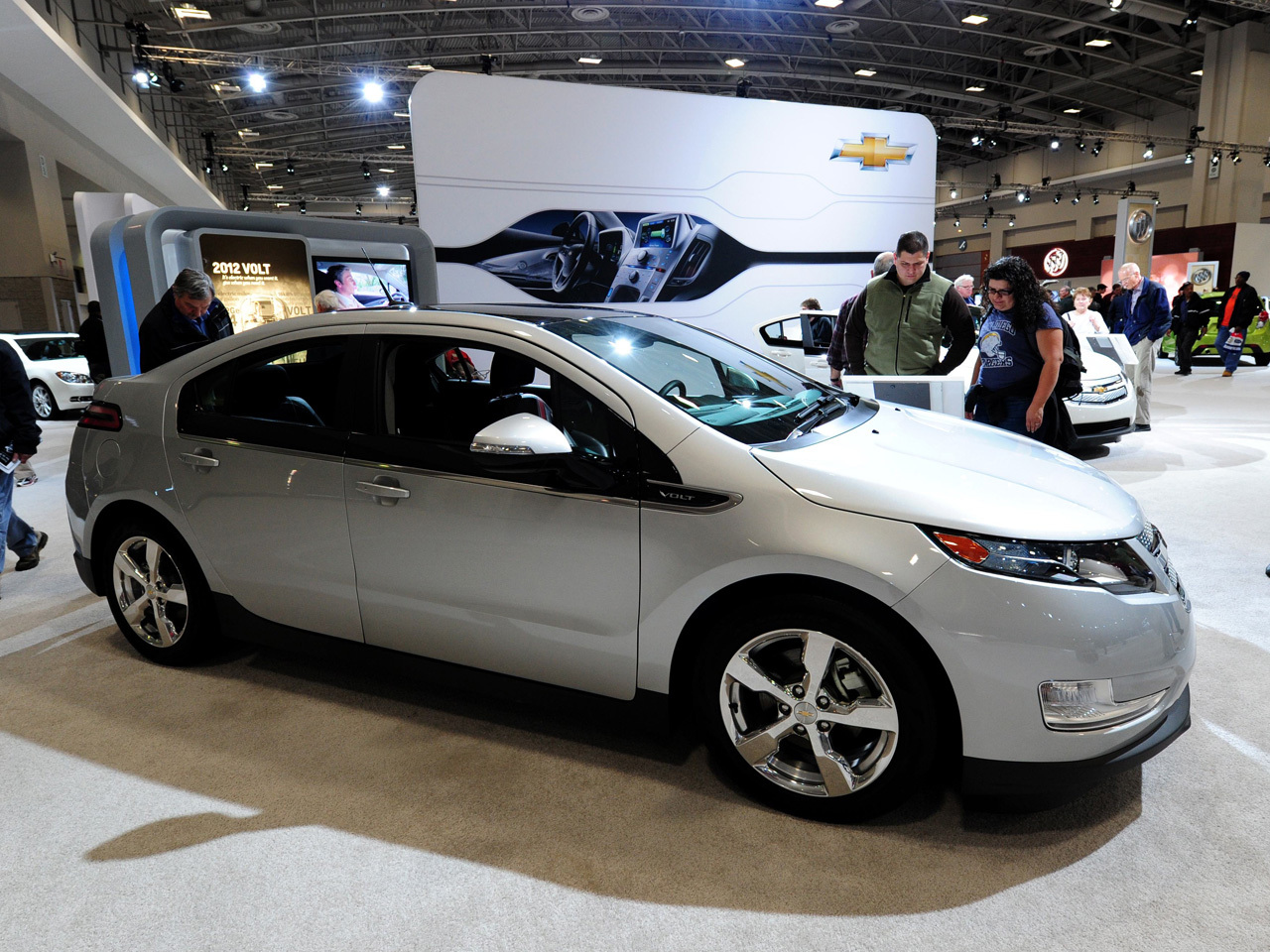 (MoneyWatch) Last month, I passed my millionaire's car, a 2003 Pontiac Grand Prix, onto my son, who will get his license this fall, and bought a Chevrolet Volt with a sticker price of $41,390. Though I typically advise against buying a car that expensive, it turned out to cost far less than buying a lower-priced car like the Nissan Sentra. Take a look at the numbers on a cost-benefit analysis, and read why driving electric may save you money as well.

First, I chose the Volt because it's the only electric car with a gasoline generator that kicks in when you deplete the battery. GM says the range is 38 miles, but I'm getting about 44 even on mountainous Colorado terrain. With the gasoline generator, the car has unlimited range.

The additional cost of electric

Paying full price on the Volt would have run $45,159 after the destination charge and 7.63 percent sales tax. Clark Howard has rightfully observed that it would take decades to break even over a lower-priced car. But Volts aren't selling well and rebates and discounts are plentiful. I paid just $36,621 after all taxes and fees for my Volt after taking into account $456 in GM MasterCard rewards.

Yet my net price is far less because the federal government has a $7,500 tax credit and the state of Colorado offers an additional $6,000 tax credit. So after getting back $13,500 in tax credits, my net cost was only $23,121. If your state doesn't offer such a credit, read on, as it still may pay to go electric.

It's difficult to come up with just the right car to compare with the Volt. US News categorizes the Volt as an upscale midsized car, though every other car in that category had a much higher net purchase price. I had decided on another midsized car, the Nissan Altima, but Nissan spokesperson David Reuter pointed out that the Volt is categorized as a compact by the EPA and suggested the gas-sipping 34 MPG Nissan Sentra was the more comparable car.

I showed Nissan my window sticker, which included such options as leather and heated seats, and they priced out a comparable Nissan at $22,601 after taxes and negotiating a $1,000 discount. Thus, with the state tax credit, the Volt had a net cost of only $520 more than the Sentra, $6,520 in states that don't offer one.

The EPA lists the Volt as getting 98 MPG equivalent of electricity and 37 MPG on gasoline. Because every Volt is connected via OnStar, data on Volt total costs per mile is readily available. General Motors media relations didn't respond to my requests, but, fortunately, I knew Terry Boult, a professor at the University of Colorado at Colorado Springs and one of the very first to purchase a Volt in Colorado even before it was released in the state in 2011.

Terry was able to show me data collected from over 100 Volts, allowing me to estimate a median total energy cost (electricity and gasoline) at 5.2 cents per mile based on $3.75 a gallon premium gasoline (required by the Volt) and 12.5 cents per KWH of electricity. The Sentra's cost per mile, based on $3.50 regular gasoline and 34 MPG, is 10.3 cents per mile. At 15,000 miles per year, the Volt will run $785 a year, while the Sentra costs about $1,544 a year. The Volt saves $759 a year in energy over a very fuel-efficient Nissan Sentra.

With the Colorado energy tax credit, my breakeven was less than nine months -- a pretty sweet deal. If your state offers no tax credit, it could take a bit more than eight years to break even, assuming you get a similar deal.

I showed my numbers to Jessica Anderson, a writer for Kiplinger's Personal Finance specializing in automotive and personal finance issues. She responded, "With the large discount you got on the Volt, it's amazing more drivers from EV-friendly states aren't buying one."

If your state doesn't offer a rebate, your payback may take significantly less than eight years. My assumptions did not take into account that many utilities have off-peak pricing, so you can charge your car at night for a far lower rate. Nor did it take into account that many free charging stations are popping up across the country. My son and I just took in a movie on a rainy day and got the added bonus of preferred parking and a free "fill-up" of the Volt's batteries.

Volt also has other significant cost savings according to the Edmunds.com True Cost to Own calculator. The electric vehicle has lower maintenance and repair costs, amounting to savings of $1,000 over five years. Edmunds also shows a $1,164 a year in fuel savings over the Sentra versus the $759 a year I calculated.

Beyond the costs, it feels great to drive past the gas station I visited regularly for a dozen years. I've had the Volt for over a month and have used only about 0.2 gallons of gasoline, averaging 33 miles per dollar of electricity, equating to 117 miles per gallon of $3.50 gasoline. It also feels good to be less fuel dependent, and I love the fact that we are doing a small part in importing just a tad less oil from the Middle East and promoting a new technology. I can only hope that someday it becomes economic even without tax incentives.

Author's notes: Nissan also makes an all electric car, the Leaf, which would have cost far less but would not have met my particular driving needs. A wealth of information on the Volt can be found on the Volt forum.