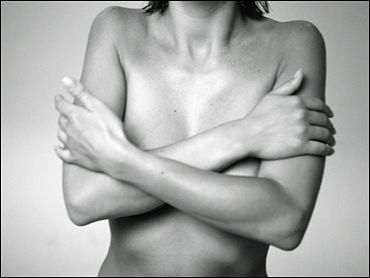 Nudism is getting bigger and bigger in the United States today. And according to market research, suburban Republicans tend to be the group of nudists who stand out the most. So, unlike the image that many of you may have, these people are not irresponsible, wild "hippies." These conservative clothes-less citizens favor tax reform and enjoy reading "Golf Magazine." They just do their politicking and reading in the nude. It's interesting that when there is so much secrecy and subterfuge in politics, this particular group is for full disclosure.

Why are there approximately 25 percent more nudists today than 10 years ago, and why are so many of them Republicans? Have they become the political party with nothing to hide, or is this just a reflection of the sagging economy?

When you think about it, nudity is quite conservative. It certainly goes along with the concept of "back to basics." Benjamin Franklin liked to sit naked in front of an open window each day taking what he called, "air baths." George Washington and Thomas Jefferson regularly went swimming without clothes. Apparently, they weren't just anxious to be freed from the chains of tyranny, but from the seams of their britches as well.

Clothing has traditionally been used to demonstrate status. Kings and queens wore outfits that cost more than the homes of an entire village. Nudity is a living statement of egalitarianism, where nobody shows off their latest designer clothes. So, our Founding Fathers would agree that nudity is definitely democratic. But why is going without clothes becoming so popular today? Maybe people are troubled by the world that the business suit, the military uniform, and the cocktail dress represent. So they rid themselves of these clothes, and relax, temporarily forgetting about their responsibilities and troubles.

Nudism is big business — an estimated $400 million a year. That's an awful lot of money for a business without pockets. In addition to resorts, there are clothing-optional cruises, as well as summer camps for children and adults. So there's no indication that the nudist industry is going to go bust.

Although it's hard to know the exact statistics, experts believe that the state with the most nudists and the most naked tourists is Florida. That's right, the site of so much political wrangling in the last presidential election is also the home of the greatest concentration of unclothed voters. Now that we know how important Florida is politically, and now that there are even more naked voters there than a few years ago, we're bound to see a lot of campaigning for their votes. Obviously, the Republicans have an edge right now with nudist voters, but I think we can expect the Democrats to be standing right behind them (well, maybe not right behind them).

American politics being what it is, the Democrats will do their best to narrow the nudist gap. Don't be surprised to see candidates on both sides adopting "pro-nature" platforms. We'll probably hear speakers talk about how confining clothing is, and how we all have to accept each other for who we really are. If it's a close election, it's possible that at least one desperate candidate will doff his or her clothes and join in the volleyball game.

Citing national security, Attorney General John Ashcroft will probably propose that all airline passengers fly in the nude. That will make it much more difficult to conceal weapons. It may also do wonders for travelers' morale, reviving the spirit of "the friendly skies."

And is a clothing-optional Presidential Debate anymore preposterous than what happened in Florida last time? Going after the naked vote is completely consistent with American politics. After all, we certainly have a tradition of politicians getting caught with their pants down.