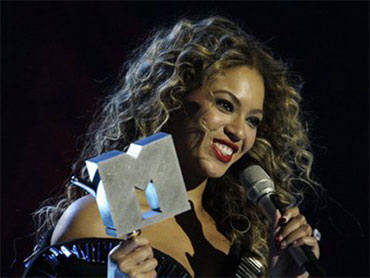 "The matrix is everywhere," Laurence Fishburne says as Morpheus. And "The Matrix Reloaded" really IS everywhere.

With their biggest franchise films, studios are learning that it pays to blanket the planet at the outset. The traditional practice has been to establish a movie in the United States, then roll it out gradually worldwide.

The original "Matrix" opened in the United States in March 1999 and then trickled into overseas theaters over the next few months. The sequel debuted this weekend in about 20 countries, including France, where "The Matrix Reloaded" played Thursday at the Cannes Film Festival.

By its third weekend, "The Matrix Reloaded" will be playing in more than 100 countries.

"These are global times," said Avi Arad, president of Marvel Studios, whose comic-book adaptations include the "X-Men" movies, "Spider-Man" and next month's "The Hulk." "If you have a movie that appeals to everybody, that's not culturally significant only to one culture, it makes sense to start it everywhere."

The makers of "The Matrix Revolutions," the final part of the Wachowski brothers' sci-fi trilogy due out this November, want to launch the upcoming film into international release even faster than the current one.

"We hope to open day and date, hour by hour, literally in every territory in the world, so the movie goes everywhere at the same time," the producer, Joel Silver, said Thursday before the Cannes premiere of "The Matrix Reloaded."

Cannes made for a glitzy global bow for the movie. Stars Keanu Reeves, Carrie-Anne Moss, Fishburne, Monica Bellucci and other cast members were the day's main attraction for celebrity-watchers at the world's most prestigious film festival.

Distributor Warner Bros. has revved up the release schedule of the last two "Matrix" movies largely out of worries that pirated DVD and videotape versions would turn up, particularly in some Asian markets, before the films could hit theaters.

Bootleggers try to obtain a print to make a video dub or simply shoot a film with a video camera directly off the movie screen. Studios say they can lose millions of dollars in revenue on a single film if audiences are able to obtain illegal videos before the movie's official release.

"Certainly, we have had the experience in the past after films opened in the United States, DVD and VHS copies show up all over the rest of the world very quickly, and it cannibalizes our potential box office," said Dan Fellman, Warner Bros. head of U.S. distribution.

Overseas audiences also have taken on greater importance to Hollywood. U.S. movie-goers once accounted for most of a film's theatrical revenues, but with keener worldwide interest in U.S. productions, some movies now earn two-thirds of their money outside of North America.

The speed with which entertainment news travels over the Web or on cable television has fanned that trend, leaving non-American audiences unwilling to wait weeks or months to see films already playing in the United States.

"With the Internet as across-the-board as it is, information is getting out there faster and faster and faster, and movie-wise, it makes sense to keep pace," said Bruce Snyder, head of U.S. distribution for 20th Century Fox, which released both "X-Men" movies.

Many movies, though, still benefit from a slow rollout. Universal plans quick worldwide releases for its summer movies "The Hulk" and "American Wedding," the third in the "American Pie" series.

The studio has a more measured strategy behind prestige films such as the upcoming "Seabiscuit," based on the best seller about the Depression-era racehorse. After opening the picture in North America, Universal hopes to build gradual overseas interest in the film through this fall's awards season.

"We're going to take our time with `Seabiscuit,"' said Marc Shmuger, Universal Pictures vice chairman. "This is the kind of movie where you want to allow that message of quality to get out there."
Written by David Germain