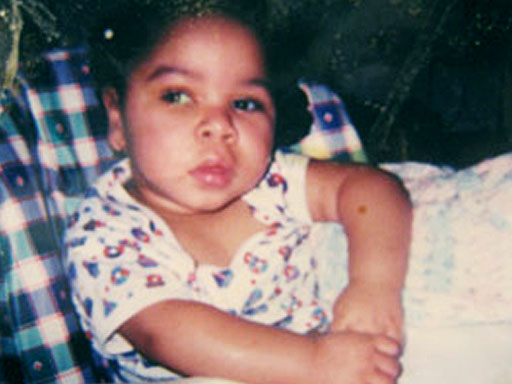 It's April 1, and that means it's also April Fool's Day. Sixty years ago today, on April 1, 1944, Bella Schwartz gave birth to identical triplets in Chicago.

Back then, about 1 in 8,100 births resulted in triplets, and even fewer were identical. As friends and family would soon learn, it was no April Fool's joke.

Robert is the youngest; he says, "Without me, they were just twins. I made them what they are: triplets."

The Schwartzes were even featured in Life magazine when they were 5 years old.

Sheldon notes, "To have three boys born on April 1…. We were unusual. There weren't that many identical triplets."

Which might just explain why everybody thought the birth of triplets was nothing but a prank.

Sheldon recalls, "Everyone my father told that he had triplet sons didn't believe him because it was April 1."

In fact, their own mother was a bit stunned at first.

"She fainted, Robert says, when his mom got the news. "She thought she was having twins."

She already had one 5-year-old boy. Three more? And they looked so much alike, nobody could tell them apart.

Sheldon says he can't even tell who is who at first glance. Ronald adds with a laugh, "It doesn't matter how I look. They all look the same."

And these fellas have certainly lived up to their April Fool's beginning.

Robert says, "We did an all-you-can-eat. Where one guy was eating and went out - the next guy came in..."

Sheldon continues, "Then I came in and said, 'Oh, I thought I saw someone I know out there. I'll be right back.' And then I went out... "

Ronald finishes the story laughing, "And I went in and I said, 'Listen, I'm thirsty and hungry. What've you got?'"

To this day, their own family has trouble sometimes telling them apart.

Robert's daughter Julie Schulhof says, "Recently, it's funny, my dad has always had a goatee and the other two have most of the time, but once in a while, they shave. And I went to lunch with my dad and somebody was clean shaven and I was like 'Are you my dad?' That's what I said: 'Are you my dad? Are you sure?'"

Ronald's 3-year-old granddaughter had a little more success. Asked which of the three was her grandfather, the little girl was able to point at Ronald.

The triplets have all been married for more than 30 years. Robert's wife lived across street when they were eight. Sheldon was the first one married. But perhaps Ronald's wife, Fran, knew them better than anybody.

She says, "I actually went out with both of the others."

Being triplets has gotten them attention from lots of people. The boys were kind of local celebrities - a local diaper company gave them free diapers for a year; a buggy manufacturer created a special stroller for three; and the newspapers documented their birthdays every year. Even major magazines showed up a few times to capture their identical likeness on film.

Ronald says, "We made a few commercials which were a lot of fun."

They were even in the movie "Ferris Bueller's Day Off."

The triplets still spend a lot of time together. They have a law firm called Schwartz, Schwartz and (you guessed it) Schwartz.

Lucky for them, their secretary, Janet Garcia, can keep them straight, or can she?

While they kid around that their lives are the ultimate April Fool's joke, the truth is, their love is no laughing matter.

Robert says, "We are able to be individuals, yet there is some sort of unifying force that we have because we are triplets, and I don't think that will ever leave."