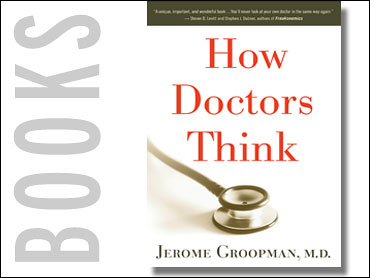 This week, CBS News Correspondent Steve Hartman has once again proven that everyone has a story. After reading this one, you may say to yourself, "There's no way he picked that story out of the phone book."

"It was the last thing I wanted to do," says Beacham.

But the business was not the only thing he inherited. He also inherited Laurinburg's most famous legend.

"Everybody knew about Spaghetti," says one old timer.

Sleeping With The Enemy?

"That's what they called him," recalls another.

"Uh huh, I guess he was an Italian," adds a third.

The legend of spaghetti started in 1911. Records show a traveling carnival worker was killed in a fight and brought to the McDougald Funeral Home on April 28 of that year. His real name was Concetto Farmica.

As the story goes, Concetto's father then worked out some sort of embalming payment plan with old Mr. McDougald. He put $10 down and promised to return later with the rest of the money and specific burial instructions.

"And nothing more was ever heard from him," says Beacham.

But just in case the family did ever return, Beacham's grandfather saved the body. About 30 years went by. Beacham's dad took over, and there went 30 more.

And that left the McDougalds with a bona fide mummy, which, for lack of a better place, they stored upright in the garage.

"There was the box right here," says Beachman pointing at a wall, "and it would open."

"You'd just kind of duck in straight up in that box and duck out," recalls another.

"It would really scare you," adds a third.

Over the years, thousands of kids braved McDougald's garage and eventually word spread.

"It was all over the news," says an old timer.

Tourists started showing up. That lasted until 1972, when a congressman named Biaggi took exception to a fellow Italian becoming a public spectacle. So to bury the controversy, they buried Spaghetti 61 years after he had died.

"I believe they put about two tons of cement on him," says an old timer.

The McDougalds were worried someone might actually dig him up. Spaghetti had become tat popular.

"He held quite a place of honor in our community," says one old timer.

"I think there was a great fondness there," says another.

"That was like a member of the family," adds a third.

And that's how a dead man made the best friends of his life. And gave a funeral director - the best story of his.