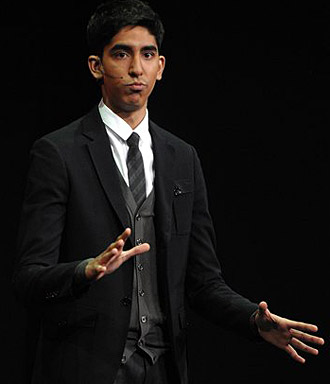 The 20-year-old actor is only in his second major motion picture film role following the runaway global success of his screen debut, "Slumdog Millionaire." Patel, who plays Prince Zuko in the new film, says it wasn't easy following up on such a classic and instantly memorable Oscar winner.

"Everyone asks me do you feel a lot of pressure coming off 'Slumdog' and I'm, like, of course," Patel admits to CBS News. "People see me as a veteran already and it's my second project. You have this unbelievable pressure coming off of a film like that, but at the same time, obviously it's a blessing doing a film like that, and I wouldn't have asked for anything different."

Although "The Last Airbender" is a major motion picture, Patel suggests it is anything but a big-budget, soulless excerise for its director M. Night Shyamalan.

"I think at heart it's being run by a fan and M. Night Shyamalan is a fan of the cartoon," says Patel. "His kids are the ones that dragged daddy to go and watch the cartoon and he fell in love with it and said, 'I want to turn this into a film.'"

It was pretty easy for Shyamalan to get Patel on board for the project.

"As soon as I spoke to M. Night Shyamalan on the phone and just hearing his energy and passion over the phone about it, I was like, I'm sold, let's do it," he says.

Patel is an amateur martial artist and he drew inspiration for the craft of martial art through film stars of his childhood, most notably Chinese martial arts icon and film actor Bruce Lee.

"As a kid, I would sneak downstairs while my dad's watching 'Enter The Dragon' really late and I'd watch Bruce Lee and he just exuded this energy," says Patel. "I was like 'wow, he's just a superstar, he's just so different and just a breath of fresh air.' And I started doing martial arts because of that."