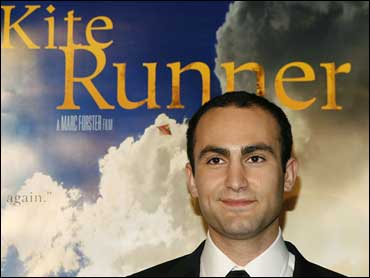 The Afghan government has banned "The Kite Runner" film from theaters and DVD shops, an official said Wednesday, though Afghan shop owners with stalls at U.S. military bases are still selling the movie there.

The Afghan government banned the film more than a month ago because of a rape scene of a young boy and the ethnic tensions that the film highlights, said Din Mohammad Rashed Mubarez, the deputy minister of the Ministry of Information and Culture. Shops selling the movie would be closed, he said.

"The Kite Runner" is based on the 2003 best-selling novel by Afghan-American writer Khaled Hosseini. In the story, the main character witnesses the rape of his ethnic Hazara friend by an ethnic Pashtun. The two groups fought bitterly during the country's 1990s civil war.

Ethnic violence has not been a problem recently, but many Afghans fear any hairpin trigger that could reawaken the infighting.

Paramount Vantage, which released the film, flew four boy actors in the movie out of Afghanistan last month over fears they could be ostracized or subjected to violence. Though the movie was never scheduled for release in Afghanistan, officials worried that pirated DVDs could reach Kabul and some residents might react violently.

Pirated DVDs are a booming business in Afghanistan, and high-quality DVDs of new releases are frequently available the same week the movies are released in theaters in the United States.

"The Kite Runner" does not appear to be for sale in most Afghan DVD shops, but one DVD seller who asked not to be identified for fear of government retribution told The Associated Press he was selling the movie at Camp Eggers, a U.S. military base in Kabul that hosts an outdoor market every Friday.

The shop owner said government authorities had visited his shop and threatened to throw him in jail if he sold the film. However, he said he still sells it inside the closed walls of the military base.

"I'm selling it inside the camps," the seller said. "We don't sell it outside. We're scared."

A soldier at another U.S. base in Kabul, Camp Phoenix, told the AP this week he had bought the movie there.

Lt. Col. David Johnson, a U.S. military spokesman at Camp Eggers, said, "We're not aware that this movie has been prohibited in Afghanistan and we'll look into this."