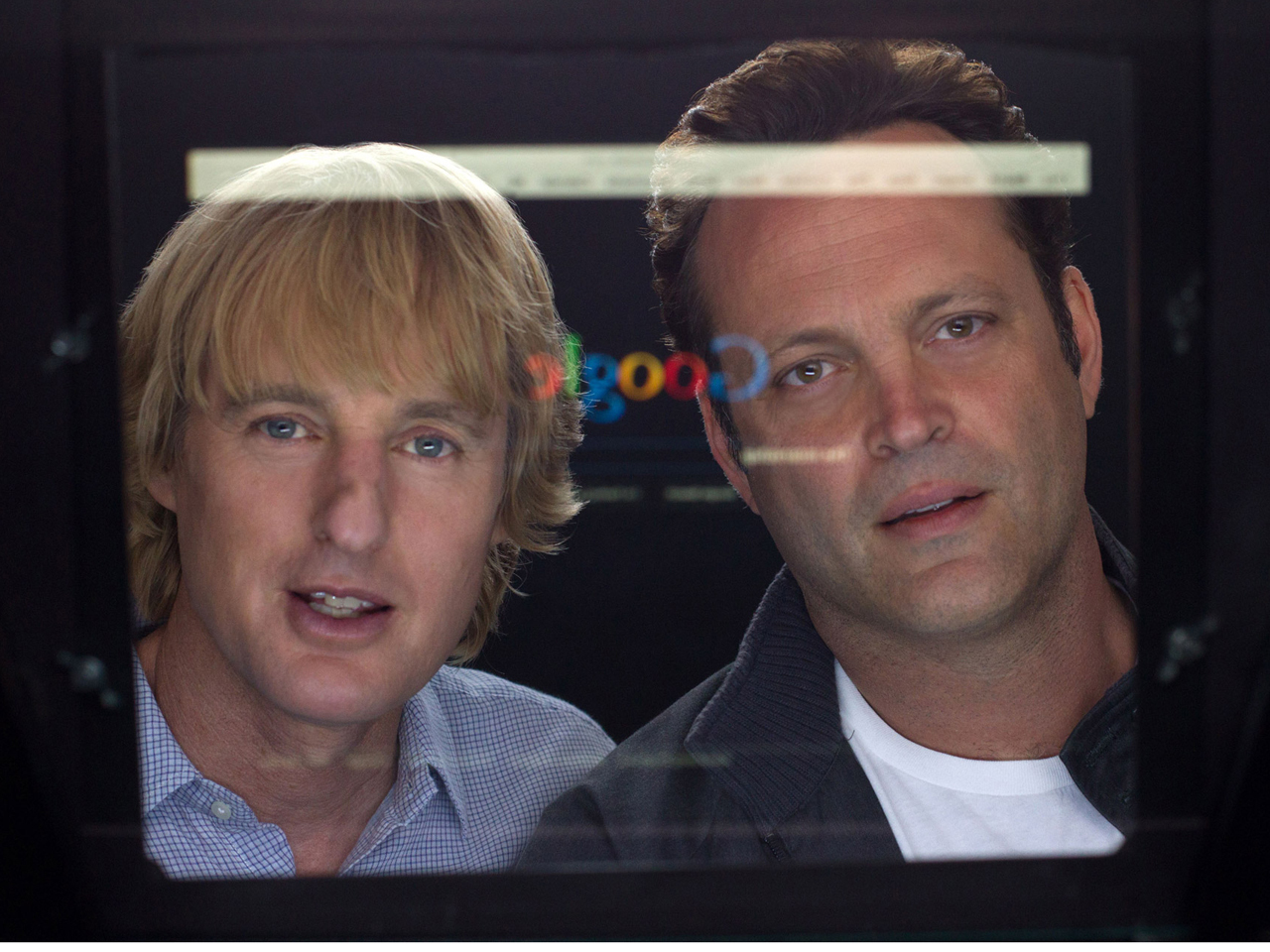 (MoneyWatch) Vince Vaughn and Owen Wilson as career coaches? Perhaps. While their film "The Internship" has received tepid reviews, it holds some real-life lessons for job-seekers. And not just that Google is a really fun place to work (CNN referred to it the film as a "valentine" to the tech giant). In the film, two mid-career traveling watch salesmen find themselves out of work when their company closes. Unable to find new positions, they apply for and land internships at Google.

Starting over and having to confront a landscape changed not only by the economy but also by technology is something many job candidates are facing these days. Here are five takeaways all applicants should consider:

Late in life internships can be worthwhile. Even if you're years out of college, a low-paying or even unpaid opportunity (like a volunteer or job-shadowing position) may be the best way to transition to a new career. Taking a pay cut may also be a smart long-term choice if you're trying to transition to a new industry. A short stint at a low-paying position may or may not snag you a full-time one, but the skills you learn should help you land somewhere.

It's never too late to switch gears. "The Internship" isn't a movie about Google -- it's about reinvention, according to an interview Vaughn did with Australia's The Age newspaper: "Yes, you get a peek behind the chocolate factory, but it's really about wanting to start over, and I wanted to pick an industry that authentically felt like there was a future there." In real-life, starting over after a layoff may not be quite as dramatic. It might also require using your skills in a new way, focusing on a section of your industry that is growing or transitioning into freelancing.

The time to try new technology is now. In the film, one of the funniest scenes involves the two men participating in an online interview and shouting at their young interviewers as they crowd into the frame. It's clear they've never used a webcam before. This is a great reminder that it's never too late to learn new tech skills -- but practice makes perfect. You don't want to try out online interviewing for the first time when it counts.

Being yourself in a job interview is a fine idea. You don't need to pretend to be someone else in your job interview. You just want to be your best self. In the scene describef above, the men answer the wacky questions thrown at them, such as, "You're shrunk down to the size of nickels. How would you get out of a blender?" with equally off-beat answers involving submarines, among other devices. Their answers show what they bring to the table -- creative thinking, humor and enthusiasm. These qualities combined with their candor (at one point, they share their layoff story) land them the internship.

Education will only get you in the door. Early in the movie, the standout online interview seals the deal, rather than the pair's fake degrees from The University of Phoenix. Later on, the better-educated villain spends more time talking trash than working on his projects and doesn't get a job offer. Some internship and job-seekers lament the fact that they didn't get into, or couldn't afford to attend, a top-tier college, and therefore are at a disadvantage. While it's true that the name of a great school on your resume can get you in the door for an interview, the same can be said for a strong network, an excellent cover letter, an eye-catching blog or a strong presence on social media. And once you're in that door, your education is usually only as useful to your success as you make it.

Aim to impress everyone. In the case of "The Internship," the slightly weird headphone wearing nerd turns out to be a key executive, and Vaughn's character is lucky to have worked with him, allowing him to show his passion and commitment to the company. Since hiring managers many not be able to work directly with every intern, they will often ask employees "on the ground" to provide feedback on who to hire permanently. This may also be the case for promotions or raises for all employees during reviews.

This is Part 2 of a 3-part series on internships. Read Part 1, 6 alternatives to summer internships,here.