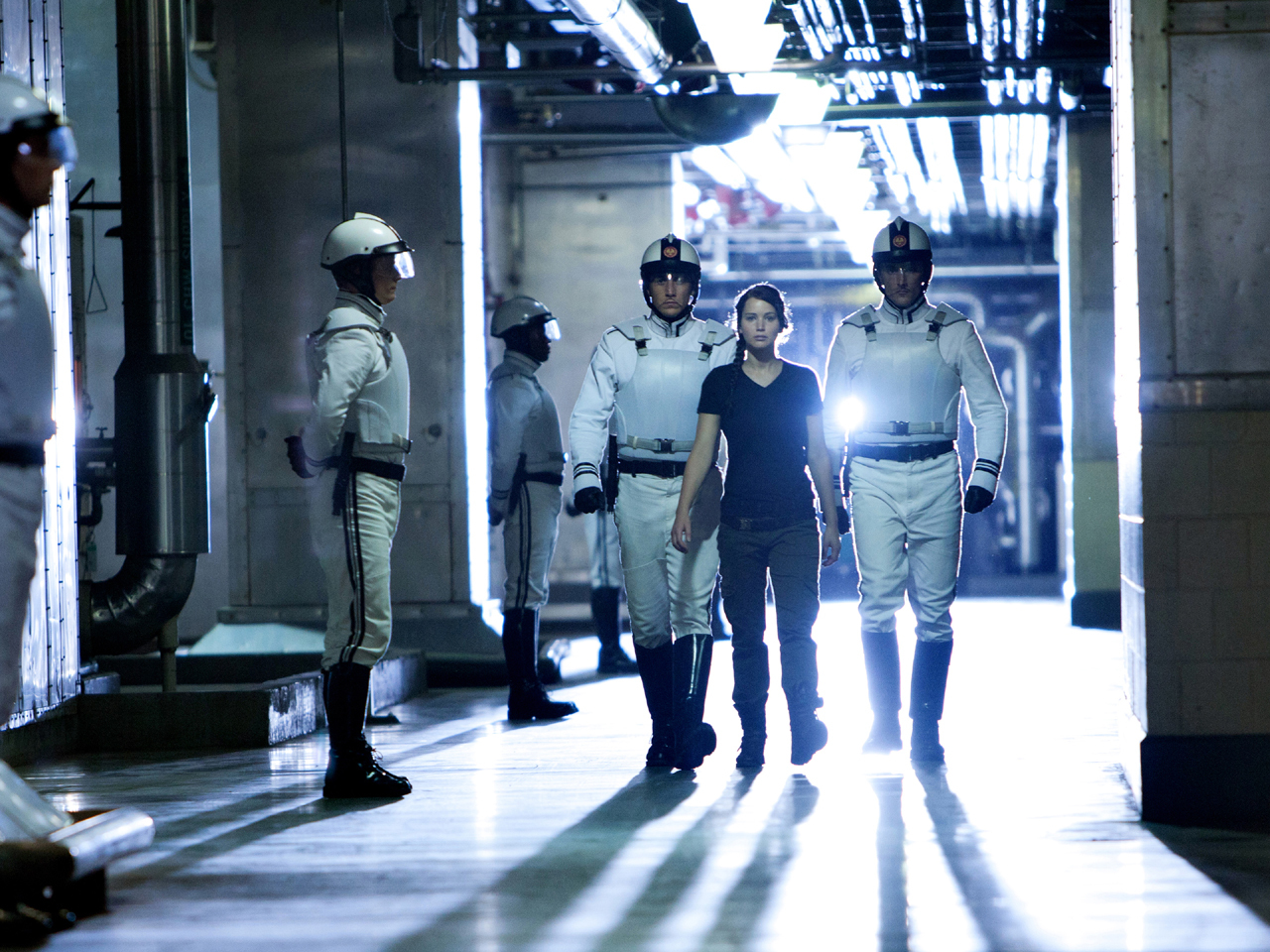 (CBS News) Reviews of "The Hunger Games" are in, and the odds seem to be in the film's favor.

"Relax, you legions of Hunger Gamers. We have a winner," writes Rolling Stone critic Peter Travers. "The screen 'Hunger Games' radiates a hot, jumpy energy that's irresistible. It has epic spectacle, yearning romance, suspense that won't quit and a shining star in Jennifer Lawrence, who gives us a female warrior worth cheering."

Entertainment Weekly's Lisa Schwartzbaum gave the film an A-, writing, "This 'Hunger Games' is a muscular, honorable, unflinching translation of Collins' vision. It's brutal where it needs to be, particularly when children fight and bleed. It conveys both the miseries of the oppressed, represented by the poorly fed and clothed citizens of Panem's 12 suffering districts, and the rotted values of the oppressors, evident in the gaudy decadence of those who live in the Capitol. Best of all, the movie effectively showcases the allure of the story's remarkable, kick-ass 16-year-old heroine, Katniss Everdeen."

"'The Hunger Games' runs nearly two and a half hours in length but is the rare film that never drags and doesn't overstay its welcome," said the Associated Press' Christy Lemire. "It could keep running as long as Katniss does, and we'd want to be right there every heart-pounding step of the way."

Others wondered if the film - rated PG-13, despite the violent events depicted in the novel - went far enough.

David Edelstein of New York magazine writes, "Watching 'The Hunger Games,' I was struck both by how slickly Ross hit his marks and how many opportunities he was missing to take the film to the next level - to make it more shocking, lyrical, crazy, daring."

"It's also clear that the need for a PG-13 rating dictated moderation; a film accurately depicting the events of the book would certainly carry an R," said Todd McCarthy, of the Hollywood Reporter. "That said, 'Hunger Games' has such a strong narrative structure, built-in forward movement and compelling central character that it can't go far wrong."

Ross, writes Manohla Dargis, of the New York Times, "has a way of smoothing even modestly irregular edges. Katniss, who for years has bagged game to keep her family from starving, was created for rough stuff -- for beating the odds and the state, for hunting squirrel and people both -- far rougher than Mr. Ross often seems comfortable with, perhaps because of disposition, inclination or some behind-the-scenes executive mandate."

Tell us: Do you plan to see "The Hunger Games"?