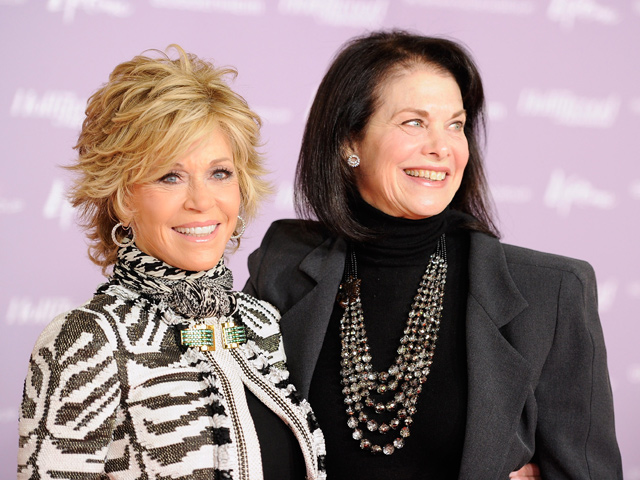 (CBS) The Hollywood Reporter's annual "Women in Entertainment Power 100 Breakfast," paid tribute to the late Laura Ziskin, who was the first woman to produce the Oscars, and honored many other women in the entertainment industry Wednesday at the Beverly Hills Hotel.

The breakfast kicked off with Chelsea Handler giving an introduction,  filled with lots of comedy. Handler joked, "I have no idea why there are so many f****ing men here," according to THR.

Sony's Amy Pascal paid tribute to the late producer Ziskin, saying, "I had no idea how much her death would affect me. There are big holes left in so many lives."

Ziskin produced the Academy Awards in 2002 and in 2007 and was the executive producer of the hit movie "Pretty Women."

The evening also honored Jane Fonda, who was presented her award by Sherry Lansing, the former head of Paramount, who recalled working with Fonda and admiring how "non-compromising" the actress could be, reports THR.

Fonda accepted her award and told the audience that until women hold executive positions, the industry won't reflect the lives of real women, reports THR.

Other guests in attendance included Kristin Dunst, Kate Bosworth, Viola Davis and Nancy Grace among others.