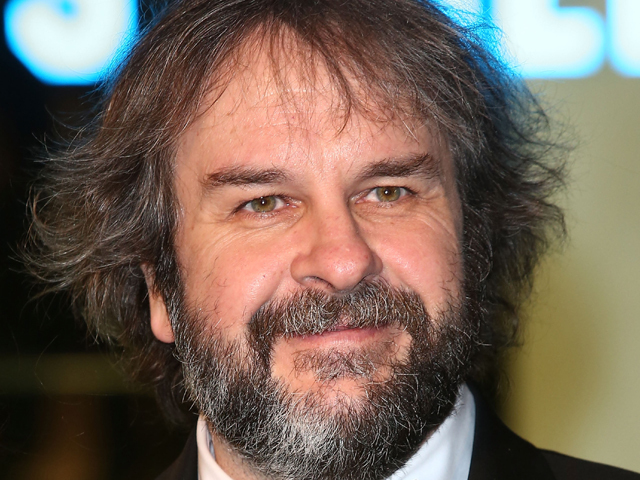 Academy Award-winning filmmaker Peter Jackson is behind one of the most critically acclaimed and commercially successful movie series of all time with his "Lord of the Rings" trilogy.

Now, Jackson is returning to Middle Earth with the series prequel, "The Hobbit: An Unexpected Journey," once again based on a book by J.R.R. Tolkien.

Jackson sat down with us in New York and told us about, among other things, his working relationship with Sir Ian McKellen (who returns to the series as Gandalf the Grey) and also gave us a progress report on the next two Hobbit films already in the works.

CBSNEWS.COM Let's start with the books. "The Lord of The Rings" novels are thousands of pages long, but "The Hobbit" is only a few hundred pages. How challenging was it working with less source material this time around?

JACKSON: It is interesting because "The Hobbit" was written for children. J.R.R. Tolkien read it for his own children really, in 1937. It's a very speedy book. It's like one chapter to read to your children each night. It sort of has this episodic quality to it. And that means that there's not a lot of character development. There's not a lot of conflict or depth in the characters or the story. And we wanted to have a lot of that in the movie. Because that's the style of films that we make. And I wanted [the "Hobbit" trilogy] to have a sort of synergy with "The Lord of The Rings" films. So, once we slowed down..we would take one paragraph of what Tolkien wrote...some sequence that he races through...and then we sort of put the character work in there. It sort of expands it a bit. And we had access to other Hobbit material that's not in the book that he wrote surrounding the Hobbit which we were also able to use as well. So this is like an expanded version of "The Hobbit."

CBSNEWS.COM Turning to the cast, there's a lot of actors returning from the first trilogy. There must be a certain level of comfort there after spending so much time together over the years?

JACKSON: There is. There's nothing better than working with old friends. It's a joy actually. It was interesting though, too, to see Ian McKellen on set dressed up as Gandolf with the beard and the hat. Back in "The Lord of the Rings" days, he was just Ian with a beard and a costume on. But, over the last 10 years, that portrayal of his has been kind of our pop culture. To actually be with him on set, you actually felt like you were there with Gandalf more so this time around [laughs]. But, it was fun. They're all such great people. It's always nice working with friends.

CBSNEWS.COM And there's also some newcomers as well, like Martin Freeman [who plays the younger version of protagonist Bilbo Baggins]

JACKSON: Martin's fantastic. We needed a really strong dramatic actor but also somebody with a great comedic skill. A lot of good actors can't do comedy. They can't be funny.

CBSNEWS.COM "The Hobbit" was originally only supposed to consist of two films, but now it's been expanded into three.

CBSNEWS.COM Can you tell us what's in store for the next two films?

JACKSON: Well, we're doing a bit more of shooting. We've got to write some more material and shoot it. We've got another 10 or 12 weeks of shooting that we're doing next June or July. But it will all be based on "The Hobbit." But, if people haven't read the book yet, we shouldn't spoil it. They are going to be confronted by a very large angry dragon.

"The Hobbit: An Unexpected Journey" opens in theaters on Friday.