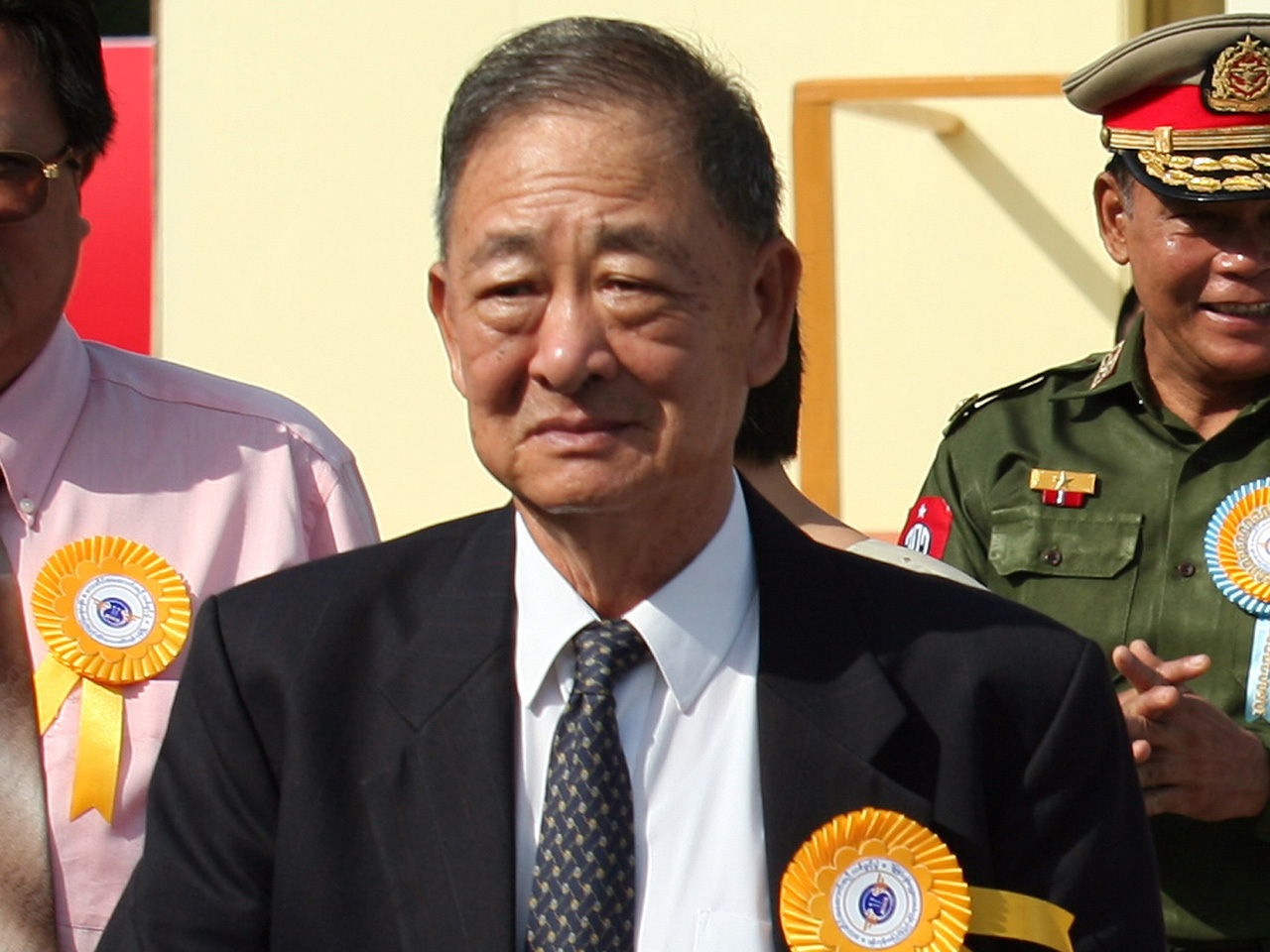 YANGON, Burma A man dubbed the "Godfather of Heroin" by the U.S. government and slapped with financial sanctions for allegedly helping prop up Burma's brutal former military junta through illegal business dealings died over the weekend.

His body lay in a glass coffin in the family home for a private ceremony Monday, a long line of relatives, senior government officials and business leaders turning out to pay their final respects, one of the attendees told The Associated Press. He spoke on condition of anonymity out of respect to the family.

For decades, Lo Hsing Han was considered one of the world's biggest traffickers of heroin.

In the 1990s, he and his son Stephen Law founded the conglomerate Asia World, allegedly as a front for their ongoing dealings in the drug trade, said Bertil Lintner, author of "The Golden Triangle" (Blackstone).

They quickly became two of the most powerful business tycoons in Burma (also known as Myanmar), winning contracts from the junta to run ports, build highways and oversee airport operations.

The U.S. Department of Treasury, dubbing Lo Hsing Han the "Godfather of Heroin," put both father and son on the financial sanctions list in 2008.

Lo Hsing Han first got involved in the drug trade in the 1960s.

In exchange for heading a local militia set up by then-dictator Ne Win to help fight local communists in the region of Kokang, he was granted the right to traffic opium and heroin, said Lintner.

Thai police arrested Lo Hsing Han in northern Thailand in 1973. He was handed over to the Burmese government. His initial sentence of death was commuted to life in prison, not for drug trafficking but treason.

This stemmed from a brief stint with the insurgent Shan State Army, Lintner said.

In 1980, he was released as part of a general amnesty.

An obituary announcement submitted by the family in the Burmese language Myanma Ahlin daily on Monday said his funeral would be held July 17.

He is survived by a wife, four sons, four daughters and 16 grandchildren.