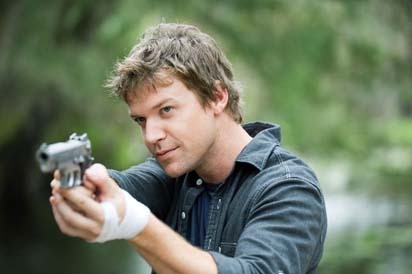 NEW YORK (CBS) For a network that carries dark and grim shows like "Intervention" and "Hoarders," Sunday's premiere of "The Glades" was a breath of fresh air for A&E.

Unlike other popular shows in the same genre, "The Glades" is surprisingly funny thanks to its wise-cracking lead character.

In the premiere episode, we meet Jim Longworth, a transplanted Chicago detective who is attractive and self-confident, with an extreme love for the game of golf.

After being wrongfully accused of sleeping with his former captain's wife, Longworth, who is played by Australian actor Matt Passmore, is forced to leave the department.

He then finds himself  in Palm Glade, Fla., where he joins the local State Police, thinking it would be an easy gig. But, he quickly realizes that his job will be a lot more taxing than he initially thought and hoped.