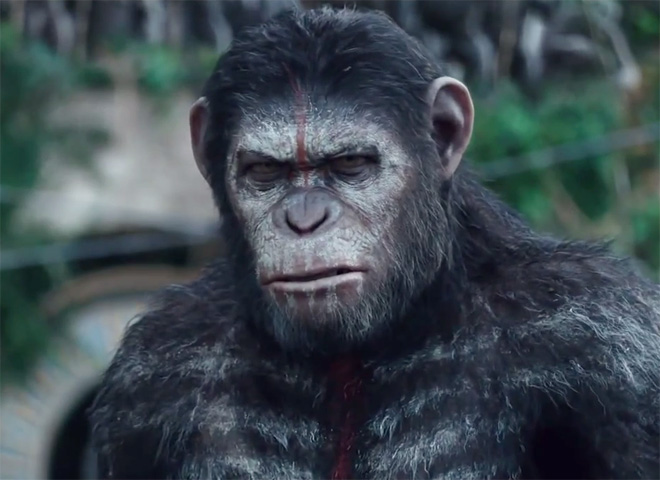 It looks like a definite chill is coming over the “Planet of the Apes” franchise.

Fans got the briefest of glimpses at the upcoming “War for the Planet of the Apes,” the third film in the rebooted franchise, when the film’s first teaser was released Thursday -- though they didn’t actually get to see anything from the film itself.

Instead, over a chillingly dark backdrop, a blizzard of snowflakes blew in, briefly taking the shape of chief ape Caesar (Andy Serkis) as his foreboding dialogue played warning of a coming war -- before the whole image blows away in the wind.

“Caesar and his apes are forced into a deadly conflict with an army of humans led by a ruthless colonel,” the teaser’s summary reads. “After the apes suffer unimaginable losses, Caesar wrestles with his darker instincts and begins his own mythic quest to avenge his kind. As the journey finally brings them face to face, Caesar and the colonel are pitted against each other in an epic battle that will determine the fate of both their species and the future of the planet.”

“War for the Planet of the Apes” hits theaters July 2017.