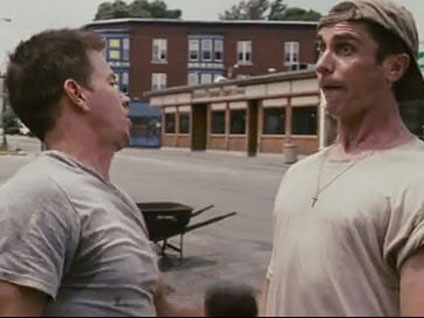 NEW YORK (CBS) Mark Wahlberg and Christian Bale are ready to step into the ring.

The actors both star in the upcoming film "The Fighter," which is based on the comeback story of boxer "Irish" Mickey Ward.

The first trailer was released Thursday, and it looks as if the film may be a contender - an Oscar contender.

Its stars - Wahlberg as Ward, Bale as his brother and Amy Adams as Wahlberg's love interest - are all awards show favorites. And, as Entertainment Weekly notes, the Academy is a fan of movies that take place in the ring ("Rocky," "Raging Bull," "Million Dollar Baby," "The Wrestler").