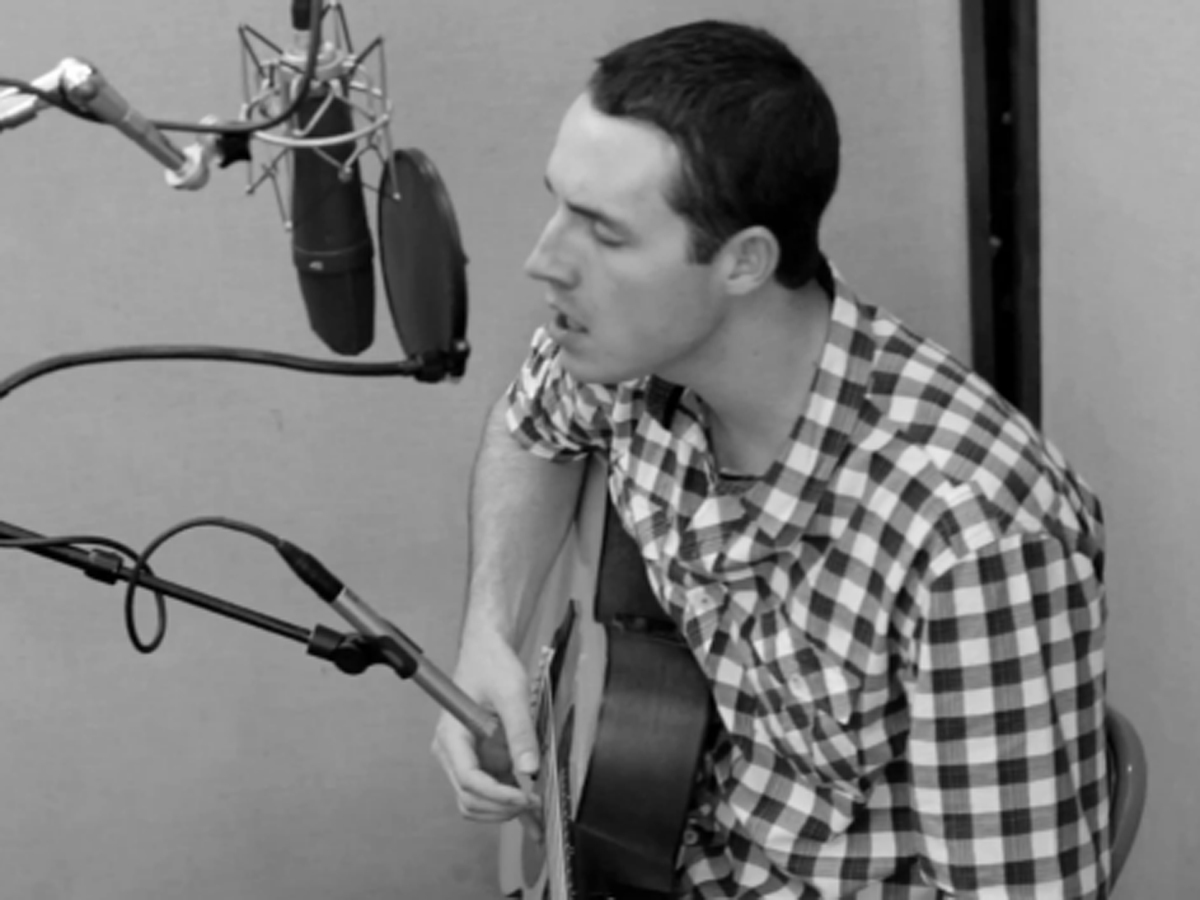 (CBS) - Some of you may have noticed a new author writing this past week, so, it is only polite to formally introduce myself. My name is Ethan Fédida and I am a rising senior at Vanderbilt University. I will be interning at CBSNews.com this summer looking for the most adorable cat videos you have ever seen!

Additionally, I am really into music. I co-founded and run a music blog called NotSomeKid where we focus on posting quality music highlighting the talents of up and coming artists. Thus, it is only fitting that here at The Feed I try to implement my passion for music.

So, without further delay I would like to present to you to a new weekly post series that we have dubbed "The Feedback" where I will showcase a few music videos you need to see and hear.

The first video (above) is a cover/mashup of the Gym Class Heroes track "Stereo Hearts" by Collin McLoughlin, an artist we have featured many times on NotSomeKid. McLoughlin, hailing from NY, is wildly talented, showcasing impressive vocals on original tracks, covers, and original mashups that are starting to garner the respect and recognition they deserve. For this track he adds parts of "Just Can't Get Enough" by the Black Eyed Peas with "the Lazy Song" by Bruno Mars, to make the mashup.

Next up is a cover of Adele's massive hit "Rolling in the Deep." The song is covered by 11-year-old phenom Maddi Jane, who, along with a studio quality video adds her own little nuances, owning the smash hit. I don't have to restate how impressive this is for an 11-year-old to pull off, as she seems to have found a niche in covers allowing time for her talents to fully mature. Additionally, 14 million views don't lie (her cover of Shontelle's "Impossible"), and she definitely has a bright future ahead of her.

This next cover is of one of my personal favorite tracks out right now, "Look At Me Now" by Chris Brown ft. Busta Rhymes and Lil' Wayne. If you have heard the song (if you haven't click HERE for the music video, but be warned it contains explicit language) you know Busta absolutely sets the track on fire with his verse.  For this video, Pat Noonan extracts just that verse, which I am all for as I feel Breezy's attempt at rapping is just that, an attempt. The original one-verse cover by Noonan was previously posted almost 2 months ago HERE, but for this video YouTube user "Ervey105" adds a drums cover to the track and the video making a short yet interesting version of Busta's verse definitely worth a listen.

Next up is a summer feel good track by one of the best mashup artists in the game (my opinion) Norwegian Recycling. Thought not necessarily new, as this track dropped back in April, N.R. centers this track around Kanye West's track "All of the Lights." Here's what N.R. had to say about his creation, "It is called 'Lights' and I have used Kanye West's 'All Of The Lights' as the instrumental-track. I have tried to maintain the lyrical concept from the original, which is basically a tribute to all these inspiring lights that surround us."

Here is the tracklist for all the songs included in the mash:

1. Kanye West feat. Rihanna - All Of The Lights?

Lastly, I wanted to leave you with an original track by a newly formed alternative/hip-hop/reggae group called "Radical Something." Comprised of hip-hop artist Loggy, soul/pop singer Josh Cocktail, and DJ/producer Big Red, this group captures the essence of a mellow, be easy, type song. Add on the Kinetics, responsible for writing B.o.B's smash hit "Airplanes," and you get this track.