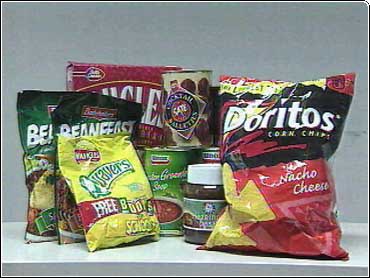 At the dawn of this new century it's estimated that up to 70-percent of all food on grocery store shelves is genetically modified: it's DNA has been altered to improve flavor and durability. The technology is booming, but CBS News Correspondent Elizabeth Kaledin reports, some retailers are saying enough is enough.

"If you need to get a point across sometimes you need to raise your voice," says Jim Lee, CEO Wild Oats Markets.

The nation's two largest natural food chains want the FDA to clearly label any food that has been genetically modified. The goal is so such foods can be kept out of all health food store products, keeping them natural and untouched by chemicals or technology.

"People have the right to know and we need to understand the long term impact of these type of products," says Lee.

It's a small scale protest sparked by the moral outrage of health conscious consumers, but it's the first of it's kind among American retailers who are just beginning to respond to growing fears about genetically modified foods.

In Europe crops have been torn up and thousands of stores have banned the so-called "Frankenfoods".

But Gene Grabowski of the Grocery Manufacturers of America, a group that supports the technology, says such a scenario is unlikely in America. "There's a word for stores that don't carry food with bio tech ingredients and that word is empty. They would not have consumers in them and they would not have a lot of products in them." The GMA seems to have little concern about consumer backlash.

Still this most recent outcry is not the only sign of dissent. The maker of Gerber baby foods recently stopped using genetically modified crops in its products. The consensus is that until these foods are officially labeled safe, the American public will continue to label them suspicious.