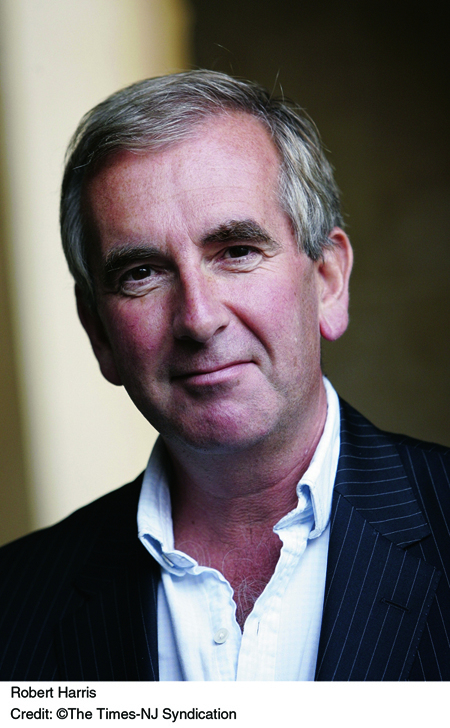 Jeff Glor talks to Robert Harris, author of "Fatherland" and "The Ghost," about his latest book, "The Fear Index."

Robert Harris: It started more than 12 years ago. I wanted to write a "1984" for the 21st century, in which the threat to human freedom wasn't the state any more but a private corporation using new technology. I kept turning the idea over in my mind even as I was writing other books. Then, after the collapse of Lehman in 2008, I realized that the best place to set it would probably be the financial world. And so it's about the collision of greed and computers and the way they are taking over our lives.

RH: The way the book seemed to be coming true around me. I had just started writing when the flash crash of May 6 2010 occurred, and that could have come straight out of my novel. And since I've finished it the sense of the financial world spinning ever faster out of control has intensified. And things that I thought were complete fantasy -- computers making investment decisions based on an analysis of human behavior as revealed by trends on social media, for example -- I have found are actually being done.

RH: I really can't imagine being anything else. It's all I've wanted to do since I was a child. It isn't really a job, but a part of my personality, a way of being in the world -- to observe and then to turn it all into a narrative.

RH: I'm reading the wartime diaries of a British intelligence officer, Hugh Trevor-Roper, who later became a well-known historian. He was very brilliant, but unfortunately most people only remember him as the expert who said he thought the forged diaries of Adolf Hitler were genuine.

RH: I have written two volumes of a trilogy about the ancient Roman statesman and politician, Cicero ("Imperium" and "Conspirata"). I am working on volume three now, and loving being back in that world of more than 2,000 years ago. Not a hedge fund, an investment banker or a computer in sight ...

For more on "The Fear Index" visit the Random House website.