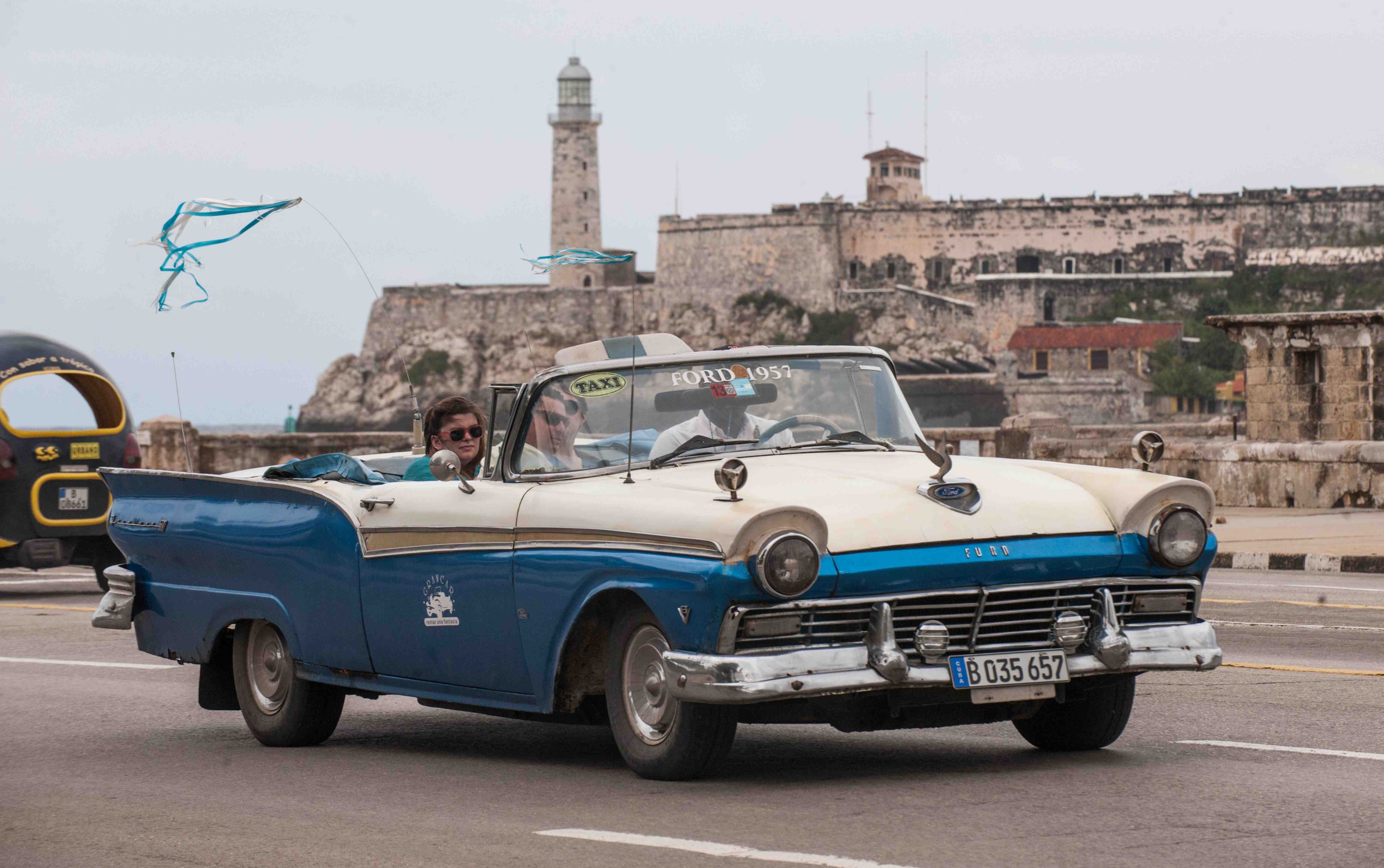 We aren't yet at a point where the average American can easily book a flight to Cuba and spend a week relaxing on the beach. But both countries are slowly moving in that direction, and travel companies are laying the groundwork for the day when the island nation becomes as popular a destination as Jamaica or the Bahamas.

Travel website CheapAir.com said Thursday that it will let Americans book flights between the U.S. and Cuba. There are no direct flights, however. A traveler will still have to fly to another country, such as Mexico or Canada, and then board a separate flight to Cuba.

Jeff Klee, the chief executive of CheapAir.com, said his website will help build those itineraries so that customers won't have to coordinate flights on their own.

President Obama said in December that he was normalizing relations with Cuba, and already some travel limits have eased. Now, Americans don't have to apply to the federal government for permission to go, for example.

But plenty of hurdles still remain. Travelers must certify that their visits fall under one of 12 specific categories, including educational, religious, journalistic or humanitarian reasons or to visit family members. The federal government may ask to see details about a person's trip, such as an itinerary or a hotel receipt.

And travel to Cuba can be very expensive, in part because of the tariffs and other fees Americans must pay to visit the country. Because most credit cards are not accepted there, travelers need to come with pocketfuls of cash.

For those reasons, most Americans would probably fare better in a group tour to Cuba instead of trying to visit on their own, said Peggy Goldman, president of Friendly Planet Travel in Jenkintown, Pennsylvania. Many hotels in the country may not meet the standards Americans are used to, and a tour operator can find the best lodging and activities.

Goldman and Klee said that American travelers are anxious to get to a country that has been mostly inaccessible for decades. "There's pent-up demand to go there because it's been so off-limits," Klee told CBS MoneyWatch. "But by all accounts it's also a very interesting, fascinating place with a great history. There's a type of traveler that the relative unknown appeals to."

A group of senators introduced legislation last month to permanently drop travel restrictions between the U.S. and Cuba. The proposal must be approved by Congress, and some lawmakers are opposed to the move.

Other companies are also moving forward with plans for Cuba. Travel search engine Kayak began including Cuba flight and hotel information in its results last month. Florida ferry companies are gearing up to offer catamaran service between the Florida Keys and Havana. One company estimated the journey would cost passengers $338 round-trip.

Swiss hotel chain Kempinski plans to open a 200-room hotel in Havana next year. Cuba already has 3 million visitors a year from European countries, and lifting restrictions with the U.S. could double that number, one hotel executive told the Hotel and Motel Management trade publication.

Goldman, who has been to Cuba several times, said her company's clients want to see the country the way it is now, because life there will undoubtedly change forever once the tourism trade picks up.

"What Cuba has that makes it so appealing is this time warp factor and this incredibly rich culture," Goldman told CBS MoneyWatch. "Despite 54 years of embargo, they kind of manage through their own ingenuity and resourcefulness to make life happen. It's kind of miraculous when you see it."