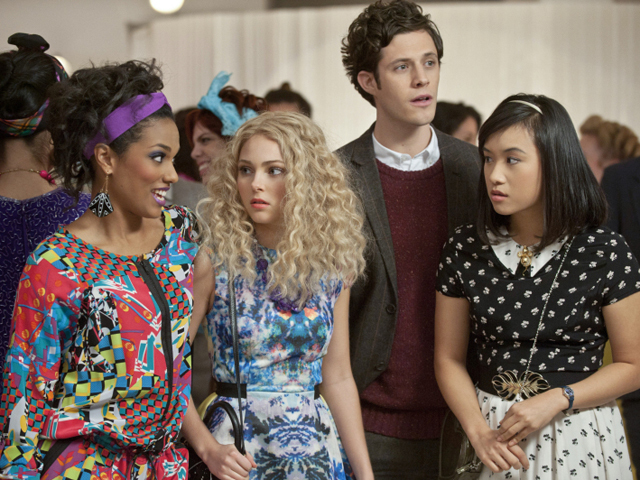 "The Carrie Diaries" premiered on the CW Monday, giving viewers a look at a teenage Carrie Bradshaw.

The "Sex and the City" prequel stars AnnaSophia Robb as a 16-year-old Bradshaw as she tries to navigate high school, New York City and the 1980s.

In the premiere, young Carrie lives in Connecticut with her father and younger sister, Dorrit. "Sex and the City" fans will note that this doesn't match up with Carrie's back story from the HBO series -- on that show, Carrie revealed to her Vogue editor Julian that her father left when she was 5 years old.

This incarnation of Carrie still has a trio of pals -- Maggie, Mouse and Walt -- along with a nemesis named Donna LaDonna and a love interest in new classmate/former summer flame Sebastian Kidd.

Carrie's father gets her an internship at a New York law firm, which sparks her love of the big city. While in Manhattan, she meets Larissa, an Interview magazine editor that takes the teenager under her wing.

"The Carrie Diaries" also hints at Carrie's growing interest in fashion (when Dorrit spills nail polish on one of their late mother's purses, she gives it a makeover that gets Larissa's attention) and eventual writing career -- the episode ends with her father giving her a blank journal.

Tell us: What did you think of "The Carrie Diaries"?