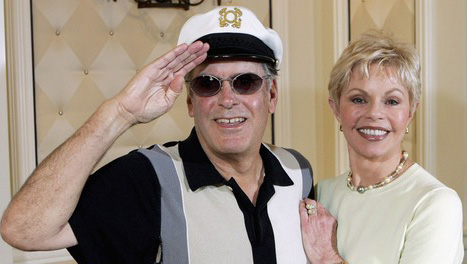 It looks like love won't keep them together after all.

The Captain and Tennille, the Grammy Award-winning husband-and-wife pop duo best known for the 1975 hit "Love Will Keep Us Together," are divorcing after nearly 39 years of marriage, an Arizona court clerk confirmed Wednesday.

The couple began performing together and their act was discovered by Neil Sedaka. They released their first album in 1974.

The couple married in 1975 and scored the biggest chart hit of that year with the soft-rock love song "Love Will Keep Us Together." They had a string of hits in the mid- to late 1970s and sold more than 23 million albums.

They also hosted their own variety TV series, "The Captain and Tennille Show," which ran on ABC from September 1976 to March 1977. Dragon, as "The Captain," always wore his trademark captain's hat.

The couple have no children.