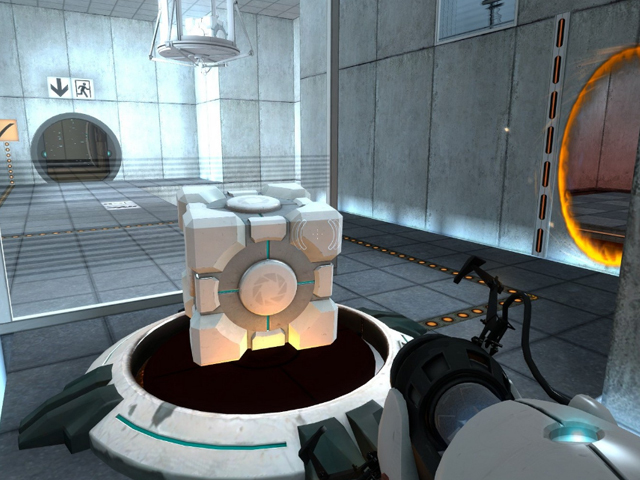 (CBS) - If you're a fan of Valve video games, you probably think this is the coolest thing you've ever seen (or super jealous that your parents aren't as awesome).

Vector is the son of comic book writer and artist James Farr, who's most famous for his Xombie series.

For those who aren't familiar with the first-person puzzle-platform video game, Portal introduces gamers to Aperture Laboratories, the handy portal device they developed, and GLaDOS, the lovably masochistic artificial intelligence.

As an Aperture test subject, it is the player's task to successfully navigate a series of physics-based puzzles while enduring hilariously negative reinforcement from GLaDOS as she monitored your progress from one test chamber to the next.

The player's primary means of completing each test chamber is a portal device. This gun-like device is capable of projecting a set of linked doorways onto flat surfaces such as walls, ceilings, or floors. In theory, these doorways - or portals - would allow you to walk in one wall of a room and come out another.

Vector's bedroom may not be a working test chamber, but the amount of detail his parents put into this project is impressive. Portal fans can appreciate everything from the red button rugs, to the replica artwork and posters on the wall.

Vector is one lucky little nerd.