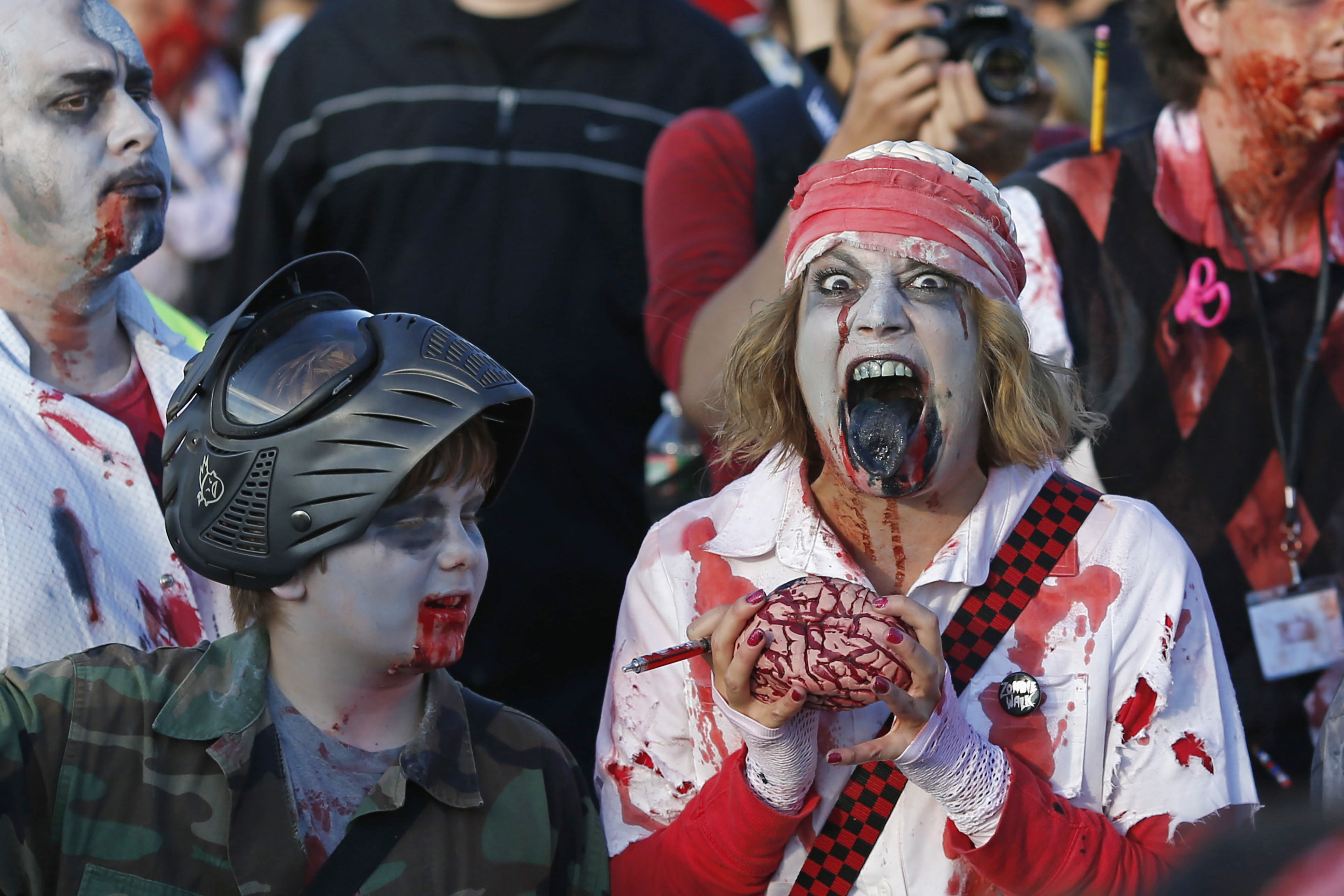 Cornell University researchers suggest that in the event of a zombie outbreak the best place for Americans to hide during the full-scale takeover would be the northern Rocky Mountains - or just about anywhere but a major city.

The study, titled "The Statistical Mechanics of Zombies," will be presented March 5 at the American Physical Society meeting in San Antonio, according to CBS Houston.

"We build up to a full scale simulation of an outbreak in the United States, and discover that for 'realistic' parameters, we are largely doomed," the study's abstract said.

"Modeling zombies takes you through a lot of the techniques used to model real diseases, albeit in a fun context," Cornell physics graduate student Alex Alemi told Phys.org.

The research team used various equations factoring in population and rate-of-infection to determine how and where a fictional zombie outbreak would spread across the U.S.

The researchers noted that films often portray a zombie outbreak as affecting "all areas at the same time" but Alemi said that's not "how it would actually go down."

Alemi recommended that the best possible place for survival is the northern Rockies. Major cities would fall quickly, but zombies may take weeks or even months to penetrate into the less densely populated areas of the country.

"Given the dynamics of the disease, once the zombies invade more sparsely populated areas, the whole outbreak slows down -- there are fewer humans to bite, so you start creating zombies at a slower rate," he elaborated. "I'd love to see a fictional account where most of New York City falls in a day, but upstate New York has a month or so to prepare."

The restrictions, which she stressed are not mandates, come as cases rise across Michigan, making it the country's latest virus epicenter.