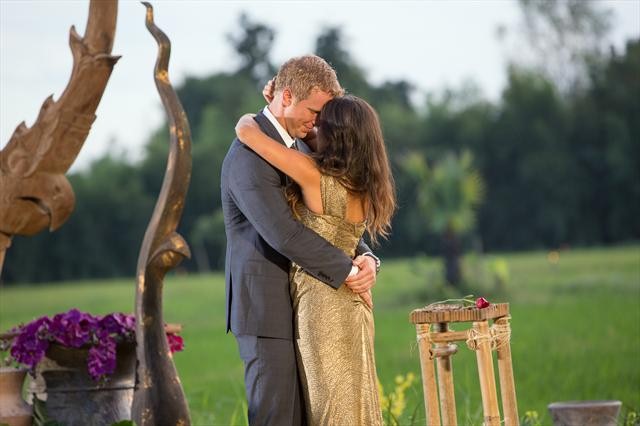 It will be a winter wedding for "The Bachelor" couple Sean Lowe and Catherine Giudici...and on national TV, naturally.

The couple announced Monday on "Good Morning America" that they're getting married on Jan. 26, 2014, and the whole ceremony will be televised.

"The Bachelor: Sean and Catherine's Wedding" will air live on ABC from 8 to 10 p.m. ET.

"The Bachelor is such a cool experience because people at home feel like they know us and they're invested in our relationship," Lowe said on "GMA." "We have no problem sharing the actual wedding with everyone who has been with us so far."

Lowe, 29, proposed to Giudici, 27, in Thailand on the season finale of his season of "The Bachelor," which aired back in March. He had previously appeared as a contestant on "The Bachelorette," where he was eliminated by Emily Maynard.

The two currently live separately in Dallas, and plan to move in together after they wed.

"I just want it to be fun and show our love," Giudici said of their nuptials. "Other than that, I know that it's going to be a beautiful wedding."