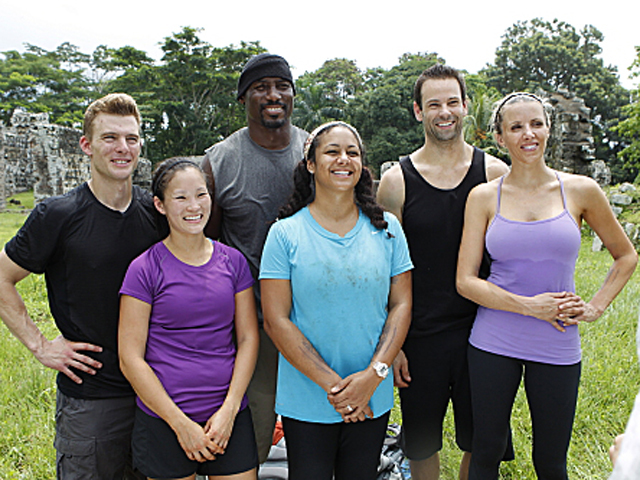 (CBS) This season of "The Amazing Race" is almost at the finish line.

Three teams are left as the race around the world finishes its 19th season with a finale airing Sunday night.

A crucial mistake at the end of last week's episode meant that the season's top contenders - Olympic snowboarders Andy and Tommy - got eliminated in Panama. The two came in first place in many of the season's legs, and it appeared to be their game to lose.

But with the snowboarders out of the race, who will win? Dating couple Sandy and Jeff bickered their way through many of the challenges, but seem to have found their stride in recent weeks. Married couple Amani and Marcus have emerged as fan favorites due to the former NFL player's upbeat attitude and funny catchphrases - along with their ability to consistently rebound from setbacks. The third team in the finals is engaged couple Ernie and Cindy, who won the first leg and earned the Express Pass but have  seen first place only one other time since.

On Sunday, after traveling through four continents and 20 cities, the three teams will race to Atlanta and the "Amazing Race" finish line, where winners  will be crowned and awarded  the $1 million prize. The finale airs at 8 p.m. ET on CBS.

Who do you think will win "The Amazing Race"? Vote in our poll and explain your choice in the comments.