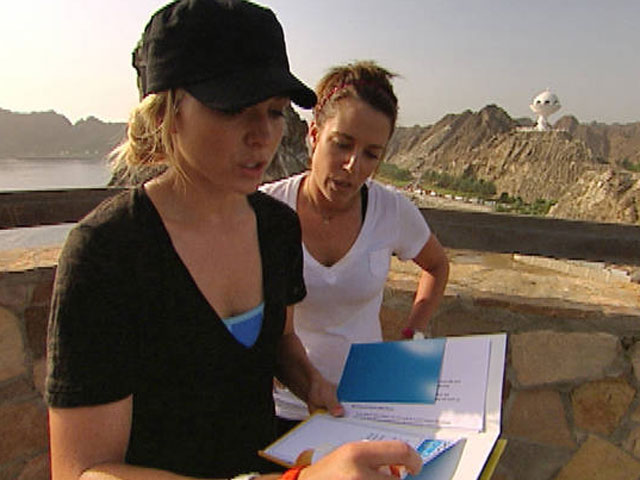 NEW YORK (CBS) Odds are good that "The Amazing Race" will see the first all-female team take the top prize this season.

That's because the teams going into the finals are doctors Nat and Kat; shopping hosts Brook and Claire and dating couple Jill and Thomas.

Another couple, Vicki and Nick, were eliminated Sunday as the 17th season wound down to the finale. The two started with a six-hour penalty that caused them to miss the first flight the other teams were on, turning the delay into nine hours. There was no way they could catch up.

But the two met their fate in good spirits, determined to enjoy every minute of what they knew would be the last leg of their race. At the end, Vicki said, "I think this race has made us better people. We still have things to work on communication-wise, but it can only get better from here."

Jill and Thomas were in first place and won a trip to Argentina. They actually were the first to reach the pit stop but incurred a 30-minute penalty because they took a cab instead of walking or using the subway to get to one of the challenges.

This leg of the race had teams in South Korea, skirting the border in the demilitarized zone. Challenges included rafting down a river along the border, checking high-kicking "Ninjas" for a certain headband, finding a statue in the park and doing 24 laps of speed skating.

Who will win this game? Vote in the poll below and share your thoughts in the comments.