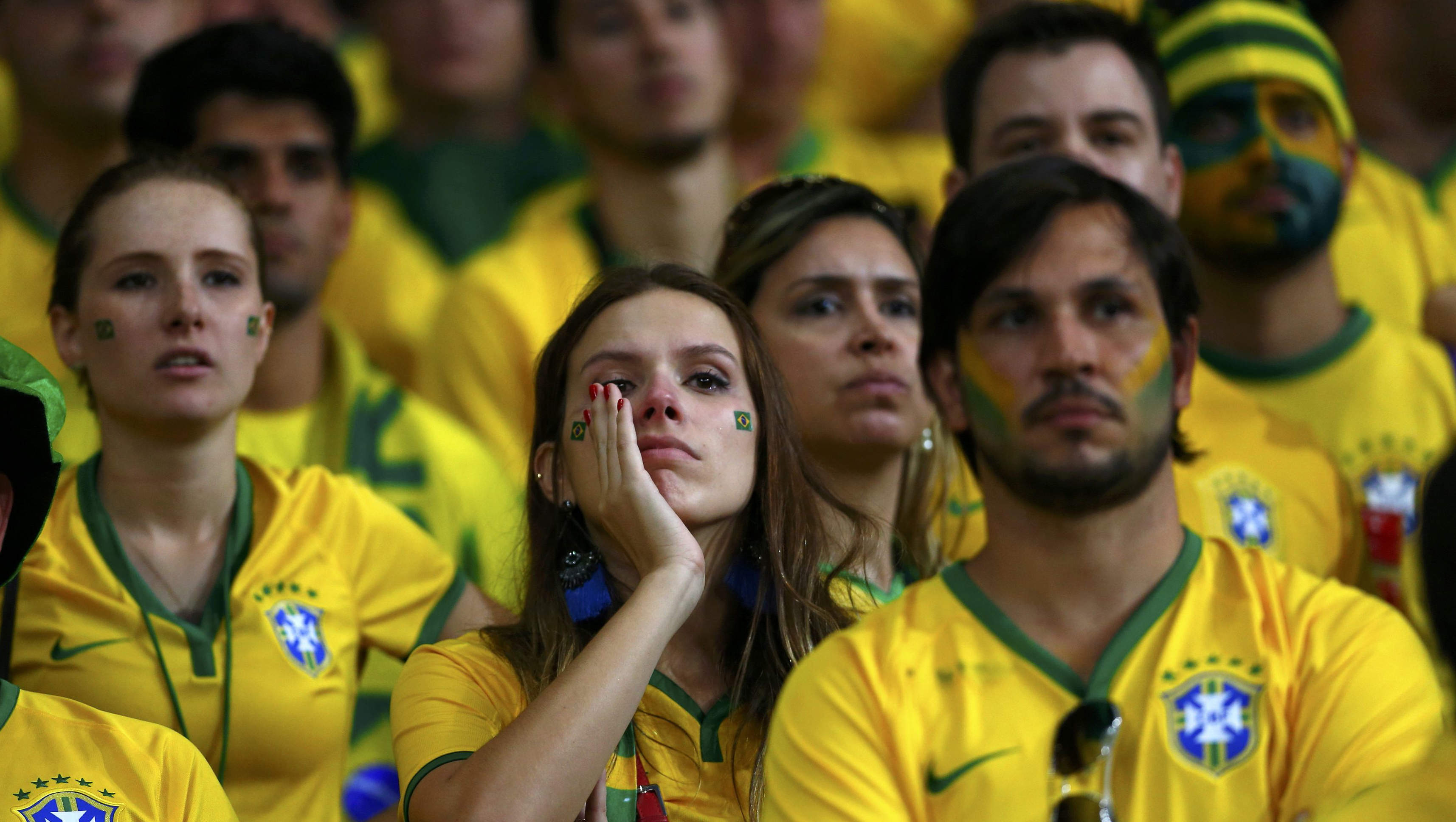 RIO DE JANEIRO - A drenching, tropical rain and an early onslaught of goals by a powerful German team deflated the Brazilian football faithful who packed onto the golden sands of Copacabana beach to watch a World Cup semifinal match on Tuesday.

Five early goals by Germany were greeted by mass groans and then eerie quiet from nearly the entire Fan Fest - except for a small contingent of about a dozen German supporters, who burst into excited cheers.

If Brazil loses and is out of the World Cup it's hosting, "you are going to have the most depressed country ever," Brazil fan Pablo Ramoz said.

Brazil has spent billions of dollars preparing for the tournament, with expectations that home advantage could deliver Brazil a sixth title. But Germany's stunning 7-1 victory ended that dream.

With star striker Neymar out injured and captain Thiago Silva suspended for the semifinals, some Brazilians had been worried about whether they could handle the Germans.

In Sao Paulo, Brazil's biggest city, thousands gathered in the Bohemian neighborhood of Vila Madalena, the streets carpeted with yellow, green and blue - the colors of the Brazilian flag.

Before the match, there was great hope.

"It's exciting and scary," said Alan Ferreira, a 41-year-old publicist decked out in a yellow track suit and carrying a replica of the World Cup trophy in one hand and a megaphone in the other. "Every Brazilian is feeling this strong desire to win."

At the Mineirao Stadium where the match was played, people wore Neymar masks to honor the 22-year-old star. But as the Germans kept kicking in goals, dejected fans began to peel the masks off.