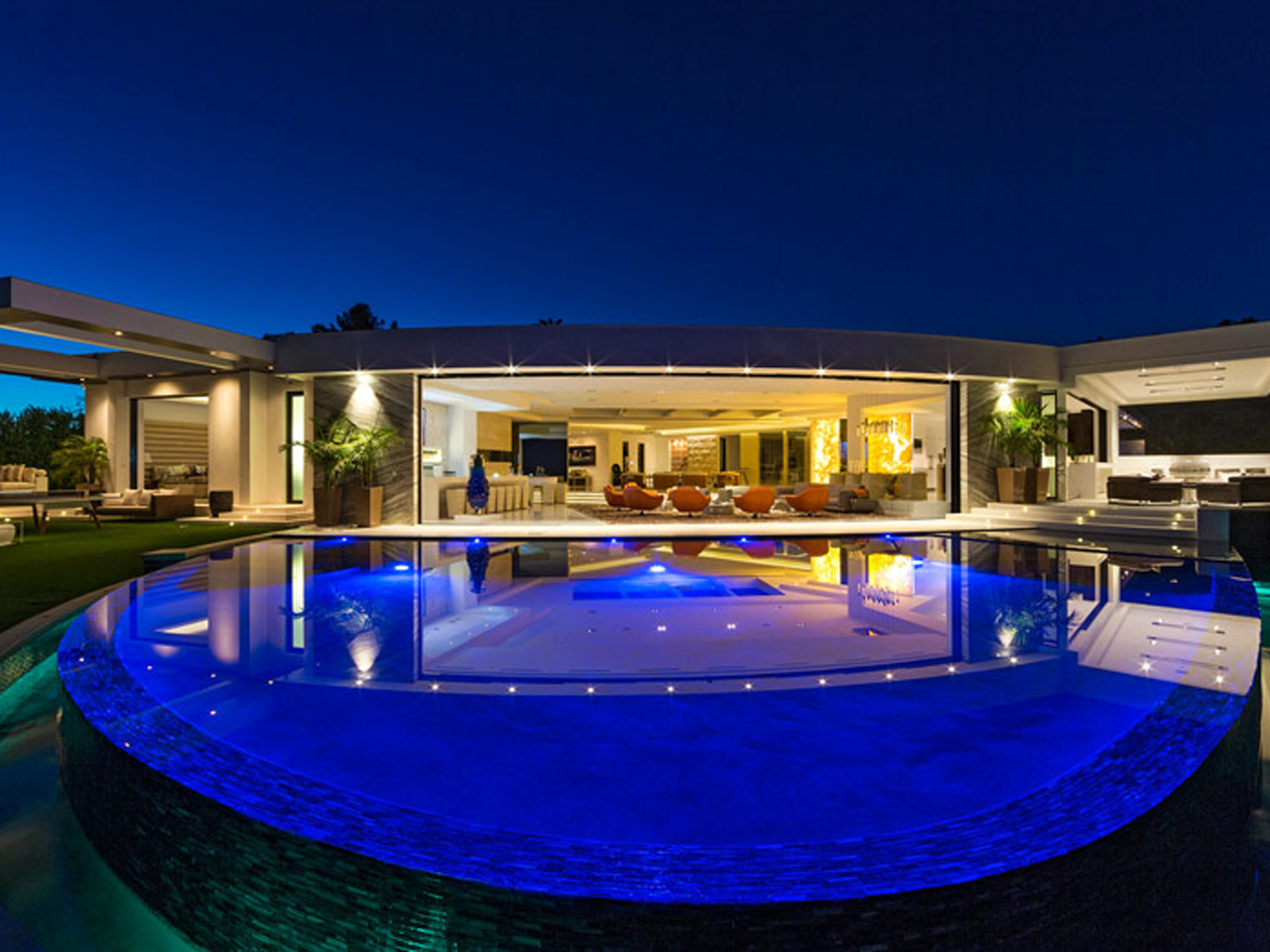 Now, its creator, Markus "Notch" Persson, 35, has parlayed a fortune built on Minecraft to buy a $70 million Beverly Hills, California, home, where the design is anything but blocky or functional. The price tag is a record for a home in Beverly Hills, according to Curbed.

The 23,000 square-foot home was built by Bruce Makowsky, who made a fortune selling accessories on QVC, on a promontory in Trousdale Estates. The home was finished about four months ago, and Persson will be the first person to sleep in the sleekly modern estate, listing agent Branden Williams of Hilton & Hyland, told CBS MoneyWatch.

In September, Microsoft (MSFT) bought Mojang, the company co-founded by Persson, for $2.5 billion, with the video-games designer announcing that he would leave the company after completing the sale. In buying the Beverly Hills home, Persson is finding a perch among Hollywood and business royalty, given that the neighborhood has been home to the likes of Frank Sinatra and counts Jeffrey Katzenberg of DreamWorks Animation as a neighbor.

Persson had competition to secure the home, with the property attracting several other bids, Williams said (The other listing agent on the deal was Ben Bacal of Rodeo Realty; Sally Forster Jones and Katia De Los Reyes of John Aaroe Group represented Persson.) Williams declined to comment on whether Beyonce and Jay Z were among the competing bidders, as has been reported.

The $70 million price tag includes unobstructed views of Los Angeles, an infinity-edge swimming pool, and all furnishings, which include a commissioned set of furniture from Bentley, which alone would retail for $1 million. Other furnishings include Hermes chairs, Roberto Cavalli place settings crafted with 24-carat gold and Lalique crystal.

The home includes eight bedrooms, 15 bathrooms, an underground garage and a movie theater. Despite the eye-popping price, it's actually less than the listing price of $85 million. Moving into a home that's already furnished is what many ultra-rich buyers are looking for today, Williams said.

"It was what most people that are extremely busy want," Williams noted. "They don't really want to have to think and hire interior designers. That's the latest craze, and in this house, too, people say you just have to bring your toothbrush." He added that he included eight electric toothbrushes with the deal.

As for Persson, he "wants a place to enjoy his life during the next chapter after selling his company," Williams said.