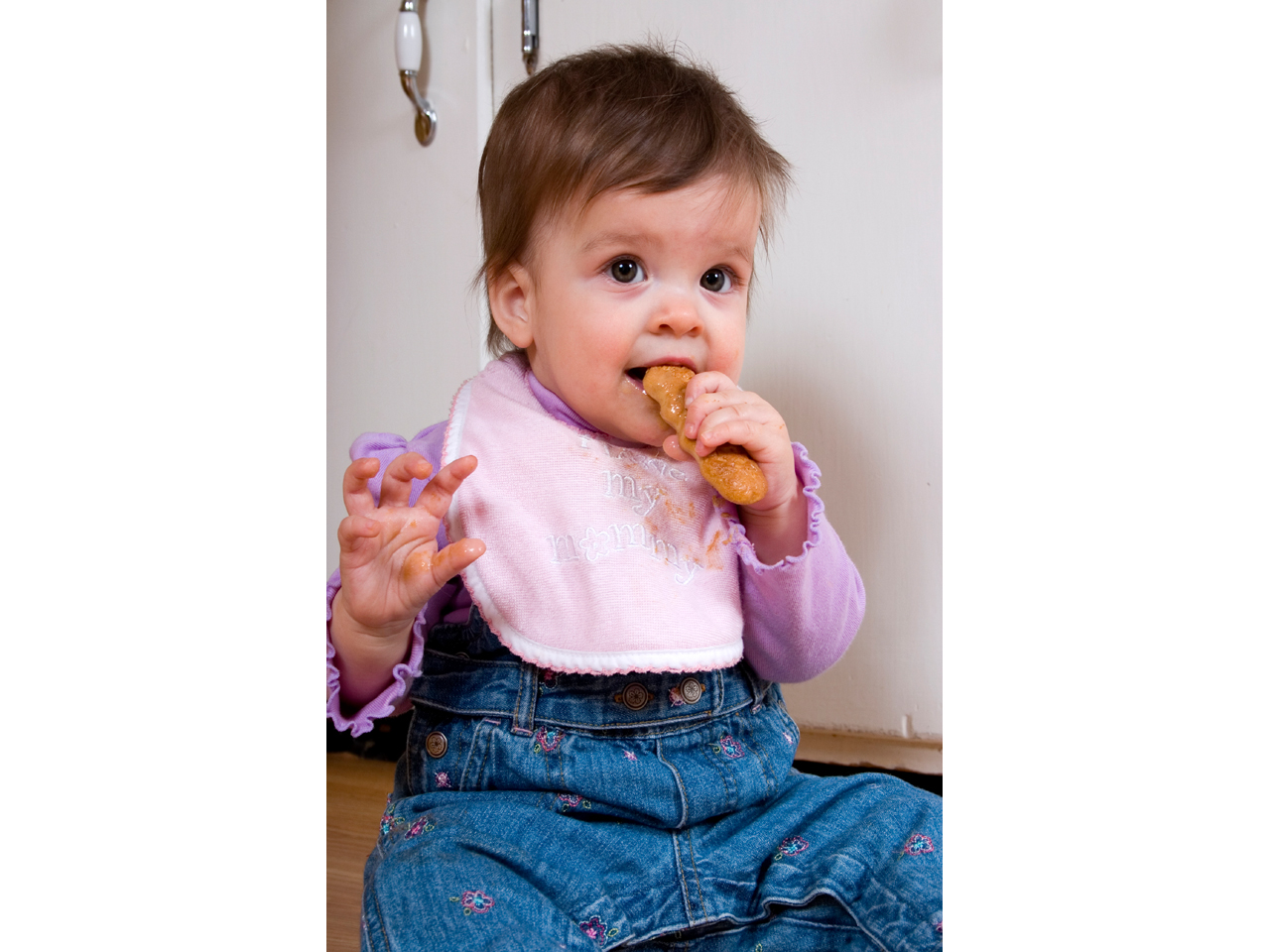 New research finds that there is some truth to the so-called "five-second rule" -- the belief that food is safe to eat if picked up from the floor in under five seconds.

Researchers at Aston University in Birmingham, U.K. studied the rate of bacteria transfer in food items dropped on the floor and picked up within three to 30 seconds. They found that the amount of time an item spent on the floor was directly related to bacteria levels.

"Time is a significant factor in the transfer of bacteria from a floor surface to a piece of food," read the study findings.

The team practiced dropping different types of food -- toast, a cookie, sticky candy and pasta -- and studied the results. Not surprisingly, the moist, sticky foods were more likely to pick up bacteria when compared to the dry foods.

The researchers determined that levels of bacteria transfer in food dropped on tile and laminate floor for five or more seconds, while still low, were higher than carpeting.

"We have found evidence that transfer from indoor flooring surfaces is incredibly poor," said microbiology professor Anthony Hilton, who led the study, in a prepared statement, "with carpet actually posing the lowest risk of bacterial transfer onto dropped food."

The research has yet to be published in a peer-reviewed journal, and findings should be considered preliminary.

Hilton cautioned that while the results overall seem to validate the five-second rule, there is still some risk, even under the best circumstances. "Consuming food dropped on the floor still carries an infection risk as it very much depends on which bacteria are present on the floor at the time," he said, "however the findings of this study will bring some light relief to those who have been employing the five-second rule for years."

In conducting the study, the team also carried out a small survey and found that most people they spoke to -- 87 percent -- have at some point eaten food that had been dropped on the floor, and more than half of them, 55 percent, were women.