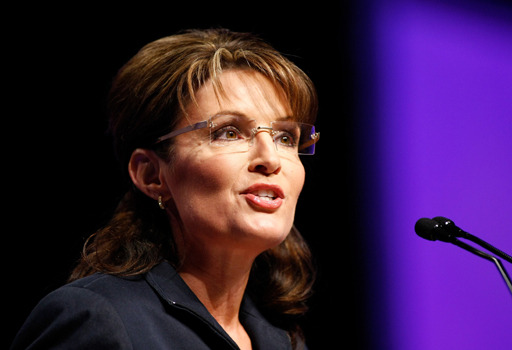 The next Republican presidential campaign will happen in lots of new places. There will be all the familiar locations we love so much--Iowa, New Hampshire, diners, and Lincoln Day dinners--but this week offered another reminder, as if we needed one, that the race for the 2012 nomination will play out in the virtual world and at hyperspeed. For the next 18 months, there will be stories and controversies and entire news cycles (or mini-cycles) in which the candidates deliver their messages but in which no one is actually seen speaking.

The most successful adopter is Sarah Palin on Facebook. She's been posting messages on the social network for months. Last week she endorsed Karen Handel in the Republican primary in Georgia, which drew a sharp response from one of Handel's GOP challengers, and responded to the NAACP resolution calling on the Tea Party to denounce racism. "The charge that Tea Party Americans judge people by the color of their skin is false, appalling," she wrote, "and is a regressive and diversionary tactic to change the subject at hand."

In politics, the general rule used to be that, to get yourself involved in a story, you had to haul yourself in front of a camera. Not so much anymore. Palin's post was mentioned in nearly every story about the resolution, including on the network news. (It helped that this was a fight producers couldn't resist, and that Palin attracts a big audience.)

Then Newt Gingrich, who announced this week that he's seriously considering running for president, inserted himself into the story in the role of peacemaker and wise man. He suggested on Twitter that the NAACP and Tea Party could come together. "The naacp has opened up a wonderful opportunity for the tea party movement. Local tea party leaders across america should reach out. ... If tea party leaders contact local naacp chapters and offer to cohost local townhalll meetings a wonderful dialogue could begin." Gingrich loses points for verbosity--his message took two tweets--but he wins them back with liberal use of lowercase and misspellings.

Smart move, Governor. It's too early to get into an anonymous battle with Palin. As an adviser to another 2012 Republican hopeful put it when presented with an opportunity to bash another member of the party, "We're in the business of making friends." There's no upside in knocking Palin, who may not run for president but will certainly be in a position to influence a lot of voters. Romney also wins stylistic points for use of the word "numbskull," an awfully voicey choice for a candidate who can seem wooden.

The downside to all of this lightning quick, context-free communication seems easier to see. Gingrich proved it when he fired off a blast about Sonia Sotomayor being a racist several months ago. He had to retreat from his remarks, but if he ends up running as a national candidate in states with a Hispanic electorate, he'll probably be asked about that tweet again by the press and his opponents.

There will also come a time when candidates like Romney don't want to knock down the anonymous quotes in the press. All candidates find it useful to have messages conveyed anonymously without having to own up to them. When this happens, and reporters ask questions, reporters are told the candidate is too busy to sit for an interview and simply can't answer every claim made by an anonymous source. But now with such a low bar--who doesn't have time for a 140-character response?--it will be harder for candidates to hide.

These new venues aren't replacements for the old ways. Someone like Mitt Romney still needs to publish columns on the op-ed page of the Washington Post, where it will be read by people who still think Twitter is something birds do in the morning. It just means there are new ways for candidates to compete and push their message--and new ways to measure candidates against one another. Almost nothing matters more than money raised in politics, and as the second quarter comes to a close, the totals are being closely watched. But here's another list: the Twitter accounts of potential 2012 hopefuls:

Haley Barbour and Mitch Daniels are such outliers that Twitter hasn't even bothered to verify their accounts, the way it does with celebrities and politicians. It's a tiny indication of their place in the race right now. Still, if they're serious about running, they'll make sure to get verified soon enough.

What's Behind House Democrats' Complaints about the Obama White House
Can Today's Congress Tell Tomorrow's Congress What to Do?
The Lessons of 1982