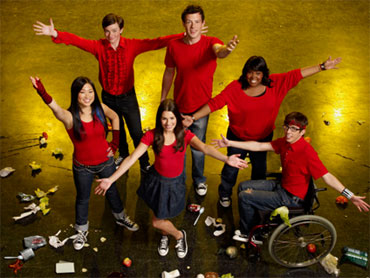 There's no song like "Over the Rainbow." Kansas farm girl Dorothy Gale's wistful ditty in "The Wizard of Oz" led the American Film Institute's list of 100 best movie songs Tuesday, followed by "As Time Goes By" from "Casablanca" at No. 2 and the title tune from "Singin' in the Rain" at No. 3.

"Over the Rainbow," sung by Judy Garland in the 1939 musical fantasy, was picked as the top song in U.S. cinema in voting by about 1,500 actors, filmmakers, writers, critics and others in Hollywood.

"That deserves it. It's one of the great, great songs. Judy Garland, the emotion in that song. It gives me chills whenever I hear it," said Burt Bacharach, who was represented on the list for co-writing "Raindrops Keep Falling on My Head" (No. 23) from "Butch Cassidy and the Sundance Kid" and "Arthur's Theme (Best That You Can Do)" (No. 79) from "Arthur."

In 2001, Garland's "Over the Rainbow" (and Bing Crosby's "White Christmas") also topped the 365 "Songs of the Century" selected by the National Endowment for the Arts and the Recording Industry Association of America.

Chosen from 400 nominees, the list was announced in the CBS special "AFI's 100 Years ... 100 Songs," the institute's latest countdown to promote U.S. film history. The show's host was John Travolta, star of "Saturday Night Fever" and "Grease," whose "Summer Nights" came in at No. 70.

"A list like this really drives people back to rediscover or discover these movies," said Jean Picker Firstenburg, the institute's director. "It's about older generations revisiting them and younger generations finding them for the first time."

Past specials presented such lists as the best 100 American movies, comedies, screen legends and love stories. AFI leaders had been mulling a list of best movie songs for years.

"It's an idea we've had floating around since the beginning," said Bob Gazzale, who produces the AFI specials. "Movies and music are so obviously linked at the heart, really. Even before sound came to films, there were songs that went with silent pictures, as well."

The earliest song to make the list was "Isn't It Romantic" (No. 73), sung by Maurice Chevalier and Jeanette MacDonald in 1932's "Love Me Tonight." The newest came from 2002 with Catherine Zeta-Jones and Renee Zellweger's rendition of "All That Jazz" (No. 98) from "Chicago" and Eminem's "Lose Yourself" (No. 93) from "8 Mile."

Unlike the Academy Awards, which honors songs written specifically for new movies, the AFI list allowed any tune integral to a movie. So songs such as "It Had to Be You" (No. 60) from "When Harry Met Sally..." and "Ain't Too Proud to Beg" (No. 94) from "The Big Chill" made the cut.

Other tunes ranged from sublime with Paul Robeson's "Ol' Man River (No. 24) from the 1936 version of "Show Boat" and Garland's "Have Yourself a Merry Little Christmas (No. 76) from "Meet Me in St. Louis" to the goofy with "Springtime for Hitler" (No. 80) from Mel Brooks' "The Producers" and Gene Wilder and Peter Boyle's wacky rendition of "Puttin' on the Ritz" (No. 89) from Brooks' "Young Frankenstein."

"I think this list is about music that has made its way into daily lives, rather than an assessment of what's great," said Jennifer Warnes, who sang two duets that made the list, "Up Where We Belong" (No. 75) from "An Officer and a Gentleman" and "(I've Had) The Time of My Life" (No. 86) from "Dirty Dancing."

The American Film Institute's list of top 100 songs From U.S. movies, with film title and year of release: