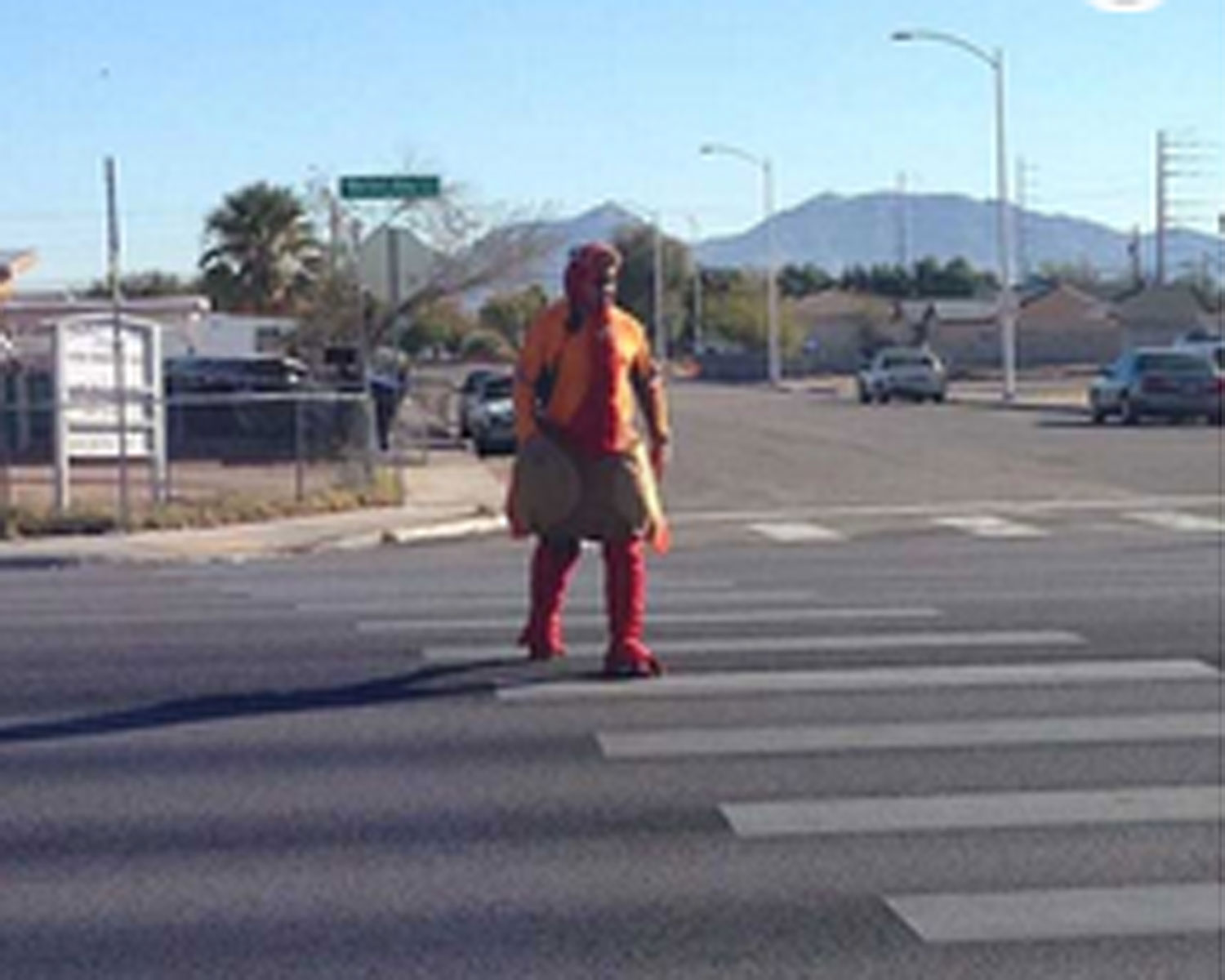 It’s actually one of a flock of police officers dressed as a giant turkey in an annual tactic aimed at catching drivers who don't yield to pedestrians.

8 News NOW
Officers dressed in their Thanksgiving finest are crossing the road Tuesday as part of a sting operation, featuring the feathery safety mascot dubbed "Butterball One."

Police wait on the side of the road and hit drivers who don't stop with fines starting at $191.

But in a most serious vein…the campaign underscores a deadly problem in southern Nevada. Safety advocates say 46 pedestrians have died so far this year in Clark County, where Las Vegas is located. That's ahead of last year's pace.

Butterball One is patrolling near where two pedestrians were killed in two separate crashes since September.