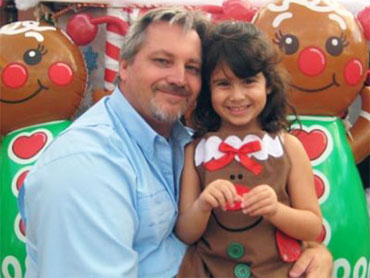 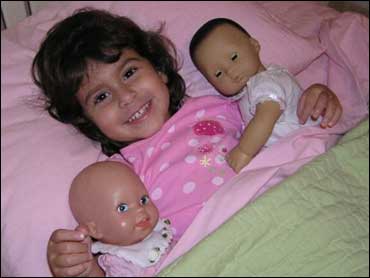 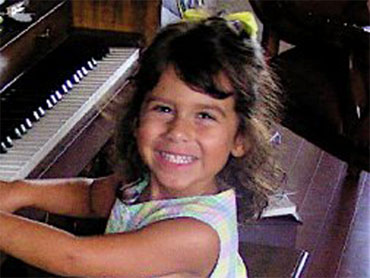 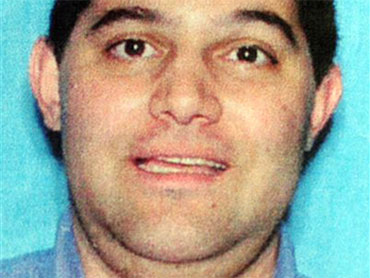 After opening fire, Merhige was heard saying he had waited 20 years to kill them, according to the host of the dinner that turned deadly.

There were no arguments, warnings or red flags before the rampage, said Merhige's cousin-in-law Jim Sitton, whose 6-year-old daughter was killed.

Merhige also shot his 79-year-old aunt to death and killed his twin sisters, one of whom was pregnant, police said.

"He had this whole thing pre-planned. His goal was to shoot his sisters and punish his parents," Sitton said.

It's not clear exactly who was shot when, but the bloodbath could have been worse with 16 family members present. Sitton said Merhige, 35, also pointed the gun at Merhige's uncle, but it twice wouldn't fire. At one point, according to Sitton, Merhige "turned and started to walk away and said, 'I have been waiting 20 years to do this."'

Authorities were still searching for Merhige, who hasn't been seen since the shootings.

At Sitton's home in an upscale, gated community in Jupiter, a beach town some 55 miles north of Miami, crime scene tape still overshadows holiday decorations. Sitton said the holiday meal was a happy one.

His daughter, Makayla, wrote on cards how thankful she was for her family, and strung them on a clothesline. After dinner, she sang songs as part of an impromptu dress rehearsal for a performance of "The Nutcracker" she was to be in the next day.

Sitton, a videographer for a local television station, said he doesn't know who invited Merhige to his home, but he thought little of it when Merhige's father called to say Merhige was on his way and needed directions.

Sitton said his wife's cousin was always on the fringe of family life and rarely attended gatherings. He had only met Merhige twice and hadn't seen him in more than a decade.

Sitton said Merhige methodically picked off his victims, shooting his twin sisters, Carla Merhige, a real estate agent, and Lisa Knight, who was pregnant. Like Makayla, they loved to sing.

Merhige also shot his aunt, Raymonde Joseph. Merhige's brother-in-law Patrick Knight was in critical but stable condition at a hospital Tuesday. Another man, Clifford Gebara, 52, was grazed by a bullet.

Sitton doesn't think Merhige planned to kill Makayla, but thinks he became jealous when he saw the family delight in her singing.

"He tried to snuff out the light," Sitton said. "He came into a baby's room. He saw her innocence and he walked in and purposefully killed her."

Sitton said he dreaded returning to his home, but was comforted when he walked into his daughter's room Sunday. Beside her bed, he wept when he read for the first time a novel she had been writing about a squirrel. Makayla was a voracious reader, who loved to sing, dance and tell stories. She would have turned 7 in a few days.

Jupiter police were looking in bodies of water near the home, though the search wasn't based on any specific tip, officer Sally Collins-Ortiz said. Investigators also alerted Michigan authorities to be on the lookout for Merhige because a doctor in the Detroit area treated him there three months ago. Authorities have not said what the doctor treated him for.

Sitton called Merhige "a monster" but said he didn't know if Merhige suffered from mental illness.

Court documents showed Merhige and his siblings had a troubled history. Nearly a decade ago, Merhige sought protection from law enforcement after he accused his sister of trying to kill him, according to records obtained by The Miami Herald. He dropped the request a few weeks later.

In 2006, Carla Merhige, requested a restraining order against her brother saying he threatened to kill her and himself, the newspaper reported. She also withdrew her request a few weeks later.

Merhige was believed to be driving a royal blue 2007 Toyota Camry with a rear spoiler and a Florida license plate.