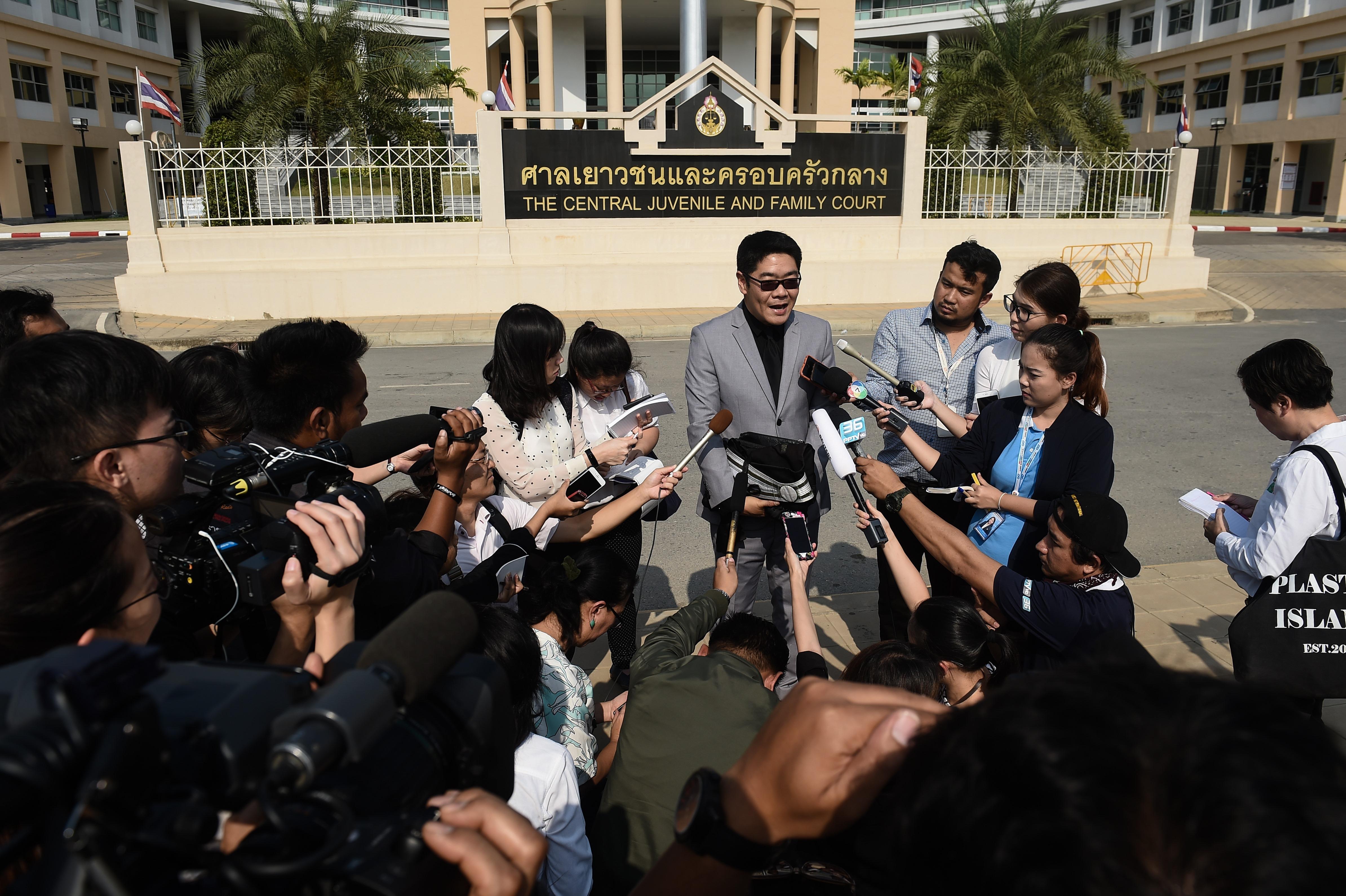 BANGKOK -- A Thai court on Tuesday granted legal custody of 13 babies carried by surrogate mothers to a secretive Japanese millionaire who is their biological father, reviving a bizarre tale that captured tabloid headlines four years ago, but leaving some basic questions unanswered.

Mitsutoki Shigeta's case raised eyebrows in 2014 when police raided a Bangkok condominium and found nine babies and nine nannies living in unfurnished rooms. It was determined that Shigeta had fathered the children using Thai surrogate mothers. The case, along with several others, helped usher in a Thai law prohibiting commercial surrogacy for foreign clients.

Bangkok's Central Juvenile and Family Court gave Shigeta sole legal custody of the children, ruling that he is financially stable and had showed his plans to care for them.

The ruling said Shigeta had a right to custody because the children were born before the new law was enacted, and because the surrogate mothers signed documents waiving their custody rights.

Shigeta, who has kept an extremely low profile, did not attend the court's sessions and had a lawyer represent him.

Shigeta is the son of an owner of a Japanese company and earns over 100 million baht ($3.1 million) in annual dividends, which shows he is financially capable of looking after the children, the court said in a statement. He is now 28 years old, according to a copy of his passport released by Thai police in 2014.

It said DNA evidence confirmed that Shigeta is the children's' father, and that he plans to send the children to an international school and has bought a piece of land to house them next to a large park in central Tokyo, where they will be looked after by nurses and nannies.

The court also said Shigeta had opened bank accounts in Singapore for all 13 children whose custody he was awarded Tuesday. Reports in the Thai media in 2014 said he had fathered 16 children in Thailand, but the court's decision mentioned only 13.

The court's statement did little to lift the veil of mystery over Shigeta, who had minimal contact with the surrogates. After his case made headlines, a group of prominent lawyers sent letters warning Japan's mainstream media not to report Shigeta's name or the names of his family members, according to news organizations that received the letter.

In 2014, a woman who was recruited through an online advertisement to be one of his surrogates recalled meeting Shigeta for the first time two months after giving birth at the fertility clinic that arranged the deal, for which she was paid $10,000.

She described him in an interview with The Associated Press as tall, with shaggy, shoulder-length hair, and dressed casually in jeans and a wrinkled, button-down shirt he left untucked. The woman, who asked to be called by the pseuudonym "Wassana" to avoid embarrassment to her family, said his lawyer accompanied him to the meeting, where she and Shigeta signed a document granting him sole custody.

"He didn't say anything to me," said Wassana, a sidewalk food vendor who took on the surrogacy job to help pay her rent. "He never introduced himself. He only smiled and nodded. His lawyer did the talking."

When public interest in the case became intense, Shigeta said through a lawyer that he simply wanted a big family.

But Mariam Kukunashvili, founder of the New Light clinic that recruited Wassana, said he told her "he wanted to win elections and could use his big family for voting."

"He said he wanted 10 to 15 babies a year, and that he wanted to continue the baby-making process until he's dead," Kukunashvili told the AP in 2014.

Wassana's doctor, Pisit Tantiwattanakul, told the Medical Council of Thailand -- which was concerned that there had been ethical breaches in the case -- that Shigeta said he had businesses overseas and wanted a large family because he trusted only his own children to take care of them.

According to Tuesday's court statement, Shigeta has taken care of other children, born from surrogacy, and raised them in Japan and Cambodia, where they were well looked after. The children that he cared for in Japan now all have Japanese citizenship, it said.

It is unclear where the children raised in Cambodia are now. Cambodia inherited much of the surrogacy-for-hire business for foreigners after Thailand banned it, but later passed its own law against it.

The court said Shigeta did not show behavior linking him to human trafficking, which had been a concern when his story was originally revealed.