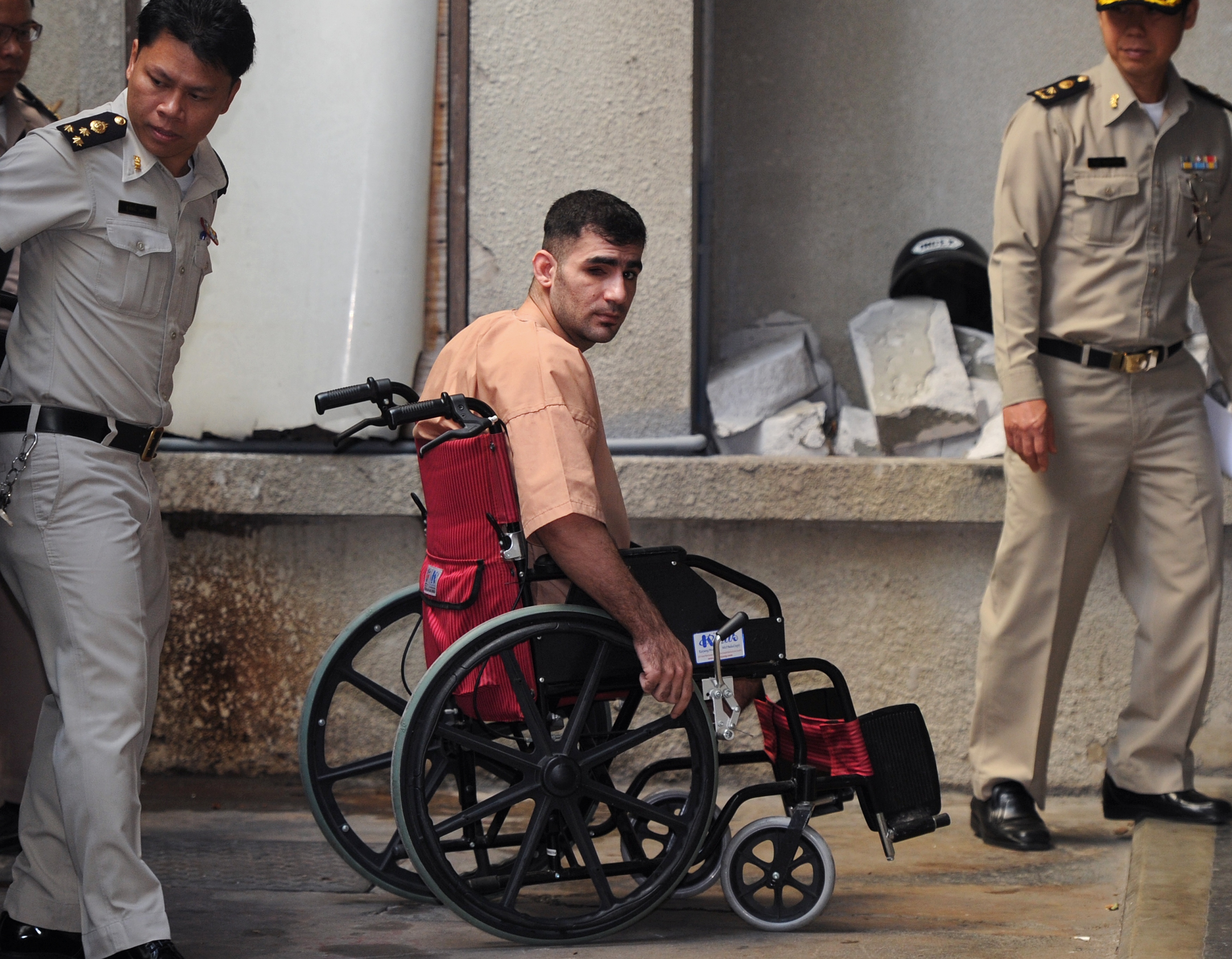 BANGKOK Two Iranian men were convicted Thursday of taking part in a botched bomb plot that was exposed last year when an accidental explosion blew apart the Bangkok villa where they were staying.

Israeli and Thai officials have said the plot was aimed at Israeli diplomats in Bangkok, the capital, though Iran denied the allegations and neither defendant was charged with terrorism or attempting to kill Israelis.

The pair was detained in February 2012, shortly after a cache of homemade explosives accidentally blew apart their villa. Both claimed innocence, saying they had been unaware of the explosives in their home.

Defense lawyer Kittipong Kiattanapoom said he would consult with both men and their families to find out if they want to appeal.

Moradi, a factory technician from Tehran and a former soldier, had faced a death sentence.

He lost his legs as he tried to flee the villa on a crowded Bangkok street. He was carrying explosives from the house and dropped them in the street as police chased him.

Moradi had said he was carrying the explosives out of the house in an attempt to dispose of them. He also said he was not aware that the explosives were similar to "sticky" bombs used against Israeli diplomats in foiled attacks a day before the Bangkok incident in India and the former Soviet republic of Georgia. Investigators said the bombs found at the Bangkok home had round, coin-like magnets on them.

Kharzei has testified that he was not a terrorist and had nothing to do with the explosions. He says he had not known Moradi until they met at an airport in Tehran before boarding their flight to Thailand.

Another suspect, Iranian Masoud Sedaghatzadeh, 31, was detained in Malaysia, where he has appealed an extradition order. He met Moradi and Kharzei in the Thai city of Pattaya, and fled to Malaysia the day after the explosion.