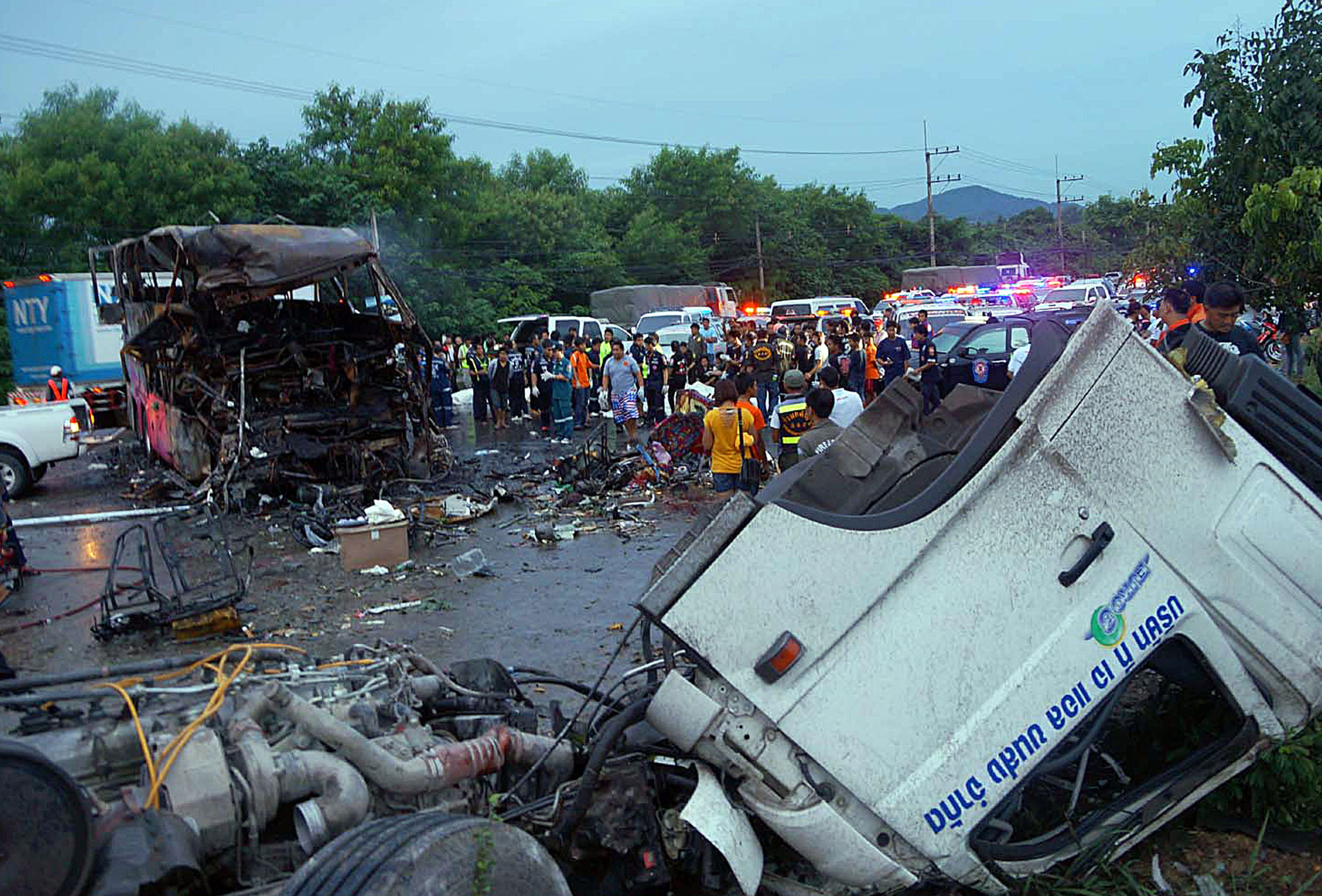 BANGKOK A double-decker passenger bus caught fire after colliding with a truck on one of Thailand's busiest highways early Tuesday, killing 19 people and injuring 23, authorities said.

The bus drivers and most of the passengers were stuck in the bus when it caught fire, police Lt. Assavathep Chantanaree said.

The overnight bus had been heading for Bangkok on the Mitraphab highway in Kaeng Khoi district in the central province of Saraburi. It had departed from Roi Et province in Thailand's northeast Monday night.

Several Thai newspapers have reported the truck driver had minor head and leg injuries, but Kaeng Khoi district chief Passakorn Bunyalak told The Associated Press authorities have not identified the driver. He said police believed the driver was dozing off when the accident happened.

After the initial crash, another woman was injured when a pickup truck hit the piled-up vehicles, Assavathep said.

Saraburi is 60 miles north of Bangkok.

More than 9,700 people were killed in road accidents in Thailand last year.