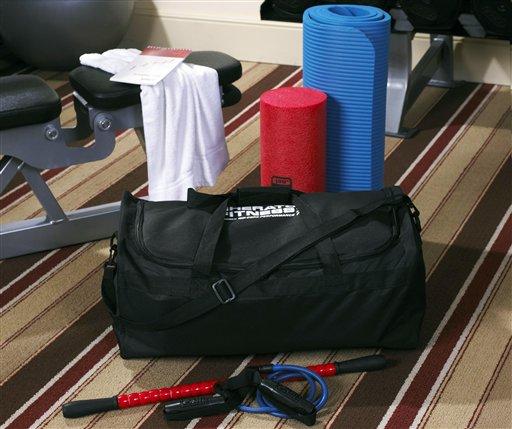 Below is the text of California Gov. Arnold Schwarzenegger's speech at the Republican National Convention:

This is like winning an Oscar! ...As if I would know! Speaking of acting, one of my movies was called "True Lies." It's what the Democrats should have called their convention.

My fellow Americans, this is an amazing moment for me. To think that a once scrawny boy from Austria could grow up to become Governor of California and stand in Madison Square Garden to speak on behalf of the President of the United States that is an immigrant's dream. It is the American dream.

I was born in Europe ...and I've traveled all over the world. I can tell you that there is no place, no country, more compassionate more generous more accepting and more welcoming than the United States of America.

As long as I live, I will never forget that day 21 years ago when I raised my hand and took the oath of citizenship.

Do you know how proud I was? I was so proud that I walked around with an American flag around my shoulders all day long.

Tonight, I want to talk about why I'm even more proud to be an American — why I'm proud to be a Republican and why I believe this country is in good hands.

When I was a boy, the Soviets occupied part of Austria. I saw their tanks in the streets. I saw communism with my own eyes. I remember the fear we had when we had to cross into the Soviet sector. Growing up, we were told, "Don't look the soldiers in the eye. Look straight ahead." It was a common belief that Soviet soldiers could take a man out of his own car and ship him off to the Soviet Union as slave labor.

My family didn't have a car — but one day we were in my uncle's car. It was near dark as we came to a Soviet checkpoint. I was a little boy, I wasn't an action hero back then, and I remember how scared I was that the soldiers would pull my father or my uncle out of the car and I'd never see him again. My family and so many others lived in fear of the Soviet boot. Today, the world no longer fears the Soviet Union and it is because of the United States of America!

As a kid I saw the socialist country that Austria became after the Soviets left. I love Austria and I love the Austrian people — but I always knew America was the place for me. In school, when the teacher would talk about America, I would daydream about coming here. I would sit for hours watching American movies transfixed by my heroes like John Wayne. Everything about America seemed so big to me so open, so possible.

I finally arrived here in 1968. I had empty pockets, but I was full of dreams. The presidential campaign was in full swing. I remember watching the Nixon and Humphrey presidential race on TV. A friend who spoke German and English, translated for me. I heard Humphrey saying things that sounded like socialism, which is what I had just left. But then I heard Nixon speak. He was talking about free enterprise, getting government off your back, lowering taxes and strengthening the military. Listening to Nixon speak sounded more like a breath of fresh air.

I said to my friend, "What party is he?" My friend said, "He's a Republican." I said, "Then I am a Republican!" And I've been a Republican ever since! And trust me, in my wife's family, that's no small achievement! I'm proud to belong to the party of Abraham Lincoln, the party of Teddy Roosevelt, the party of Ronald Reagan and the party of George W. Bush.

To my fellow immigrants listening tonight, I want you to know how welcome you are in this party. We Republicans admire your ambition. We encourage your dreams. We believe in your future. One thing I learned about America is that if you work hard and play by the rules, this country is truly open to you. You can achieve anything.

Now, many of you out there tonight are "Republican" like me in your hearts and in your beliefs. Maybe you're from Guatemala. Maybe you're from the Philippines. Maybe Europe or the Ivory Coast. Maybe you live in Ohio, Pennsylvania or New Mexico. And maybe just maybe you don't agree with this party on every single issue. I say to you tonight I believe that's not only okay, that's what's great about this country. Here we can respectfully disagree and still be patriotic still be American and still be good Republicans.

My fellow immigrants, my fellow Americans, how do you know if you are a Republican? I'll tell you how.

There is another way you can tell you're a Republican. You have faith in free enterprise, faith in the resourcefulness of the American people ... and faith in the U.S. economy. To those critics who are so pessimistic about our economy, I say: "Don't be economic girlie men!"

The U.S. economy remains the envy of the world. We have the highest economic growth of any of the world's major industrialized nations. Don't you remember the pessimism of 20 years ago when the critics said Japan and Germany were overtaking the U.S.? Ridiculous!

Now they say India and China are overtaking us. Don't you believe it! We may hit a few bumps — but America always moves ahead! That's what Americans do!

That's what I admire most about the President. He's a man of perseverance.

He's a man of inner strength. He is a leader who doesn't flinch, doesn't waiver, does not back down. My fellow Americans, make no mistake about it terrorism is more insidious than communism, because it yearns to destroy not just the individual, but the entire international order. The President didn't go into Iraq because the polls told him it was popular. As a matter of fact, the polls said just the opposite. But leadership isn't about polls. It's about making decisions you think are right and then standing behind those decisions. That's why America is safer with George W. Bush as President.

You know, when the Germans brought down the Berlin Wall, America's determination helped wield the sledgehammers. When that lone, young Chinese man stood in front of those tanks in Tiananmen Square, America's hopes stood with him. And when Nelson Mandela smiled in election victory after all those years in prison, America celebrated, too.

We are still the lamp lighting the world especially for those who struggle. No matter in what labor camp, they slave no matter in what injustice they're trapped — they hear our call ... they see our light ... and they feel the pull of our freedom. They come here as I did because they believe. They believe in us.

They come because their hearts say to them, as mine did, "If only I can get to America." Someone once wrote — "There are those who say that freedom is nothing but a dream." They are right. It's the American dream.

No matter the nationality, no matter the religion, no matter the ethnic background, America brings out the best in people. And as Governor of the great state of California — I see the best in Americans every day ... our police, our firefighters our nurses, doctors and teachers, our parents.

And what about the extraordinary men and women who have volunteered to fight for the United States of America! I have such great respect for them and their heroic families.

Let me tell you about the sacrifice and commitment I've seen firsthand. In one of the military hospitals I visited, I met a young guy who was in bad shape. He'd lost a leg had a hole in his stomach ... his shoulder had been shot through.

I could tell there was no way he could ever return to combat. But when I asked him, "When do you think you'll get out of the hospital?" He said, "Sir, in three weeks." And do you know what he said to me then? He said he was going to get a new leg ... and get some therapy ... and then he was going back to Iraq to serve alongside his buddies! He grinned at me and said, "Arnold ... I'll be back!"

My fellow Americans ...I want you to know that I believe with all my heart that America remains "the great idea" that inspires the world. It's a privilege to be born here. It's an honor to become a citizen here. It's a gift to raise your family here to vote here and to live here.

Our president, George W. Bush, has worked hard to protect and preserve the American dream for all of us. That's why I say ... send him back to Washington for four more years!

Thank you, America — and God bless you all!