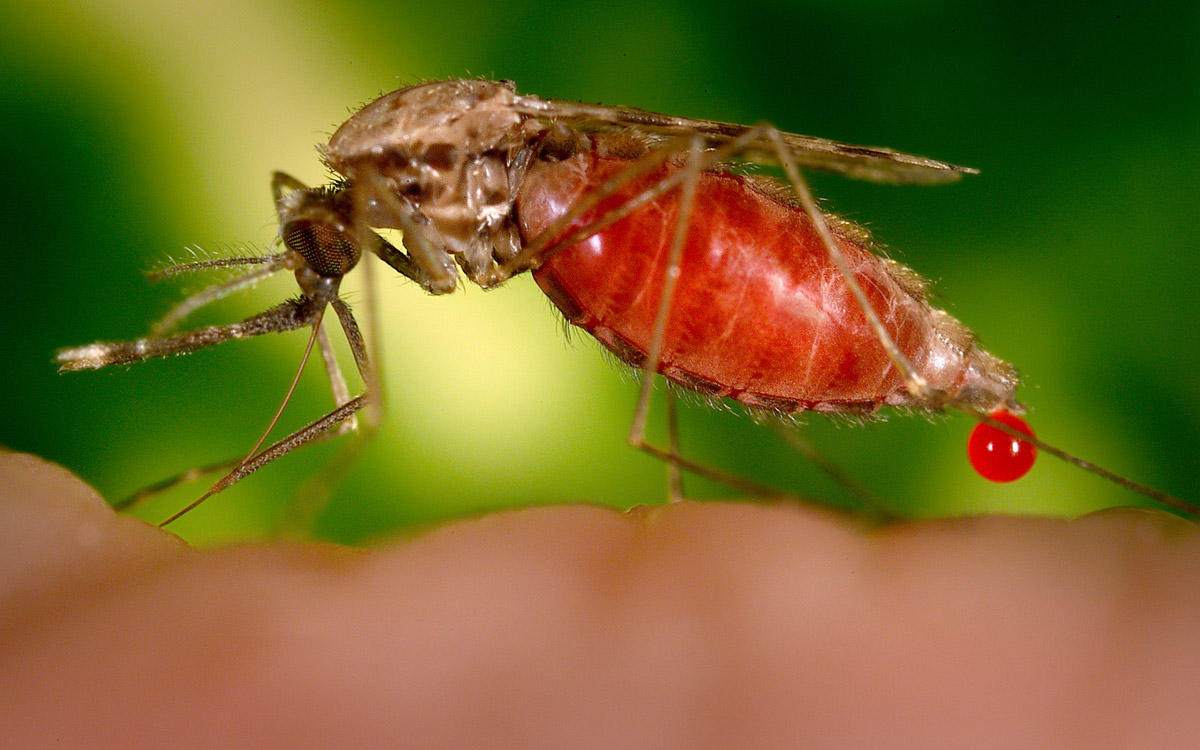 Texas health officials on Monday reported the first case of Zika virus transmitted by a mosquito bite in that state.

Florida is the only other state in the U.S. where the Zika virus has spread locally through mosquito bites, not from travel or sex.

The infected woman is a resident of Brownsville, Texas, in Cameron County, located on the state’s southern border, adjacent to Mexico. Health officials say the woman has not traveled to Mexico or any other country where Zika outbreaks have occurred.

Until the first Florida cases emerged over the summer, Zika infections in the U.S. had all been connected to travel to countries with outbreaks, mostly in Latin America and the Caribbean.

“We knew it was only a matter of time before we saw a Zika case spread by a mosquito in Texas,” Dr. John Hellerstedt, commissioner of the Texas Department of State Health Services, said in a news release.

“We still don’t believe the virus will become widespread in Texas, but there could be more cases, so people need to protect themselves from mosquito bites, especially in parts of the state that stay relatively warm in the fall and winter,” Hellerstedt said.

The Texas health department reported that there are currently no other homegrown cases, but health officials continue to watch out for more.

The Texas case was confirmed last week by lab tests which revealed that the virus is no longer in the woman’s blood and able to spread from her to mosquitoes that might go on to infect others. The virus was, however, detected in a urine sample from the patient.

She is not pregnant. A major concern for doctors is the transmission of the Zika virus to a pregnant woman, because infection during pregnancy can lead to serious birth defects, including microcephaly, which is when a baby’s head is much smaller than normal at birth or as the infant grows. Microcephaly is linked to developmental abnormalities, seizures and sometimes death.

Chris Van Deusen, a spokesman for the state health department in Texas, said the woman had fallen ill and gone to her doctor, who ordered the Zika test. Van Deusen said six members of the woman’s household were also tested and do not have the virus.

Zika virus can cause a mild illness, with fever, rash and joint pain, but most infected people don’t experience symptoms.

Health workers will be going door-to-door in the area around the patient’s home to educate the public, help people reduce potential mosquito breeding habitats and to collect voluntary urine samples to find out if there are other infections.

The Texas Health and Human Services Commission announced Monday it is reinstating the Medicaid benefit for mosquito repellent due to the new case, reports CBS Dallas-Fort Worth. The state made the decision to bring back the benefit, which had ended Oct. 31, given the possibility of local transmission and risk of Zika in the local community.

“We will do all that we can to protect Texans and slow the spread of the Zika virus,” said Health and Human Services Commission’s Executive Commissioner Charles Smith. “Insect repellent is the best way to protect yourself, and we want it to be widely available.”

Texas women between the ages of 10 and 45, and those who are pregnant, can pick up free mosquito repellent — up to two cans per month — at participating pharmacies. Women are encouraged to call the pharmacy ahead of time because supply can vary by location. Women eligible for the Medicaid, CHIP and CHIP-Perinate programs are covered. Women covered under the Healthy Texas Women and Children with Special Health Care Needs programs also can receive the benefit.

The benefit is in place now through December as the state collects more information about the case and the scope of transmission in Texas.

Officials from the Centers for Disease Control and Prevention are also collaborating with Texas and Cameron County health officials to investigate the case. State officials say further investigation is necessary to try to figure out how and where the woman was infected.

Officials have been trapping and testing mosquitoes to learn more about activity near the infected woman’s home. Brownsville has recently sprayed for mosquitoes in the area and will continue to work on reducing the mosquito population.

Through last week, Texas has had 257 confirmed cases of Zika virus disease. Until now, all of the cases in Texas had been associated with travel, including two infants born to women who had traveled during their pregnancies and two people who had sexual contact with infected travelers.

Both private companies and the federal government are racing to create a vaccine to prevent the Zika virus from infecting more people.