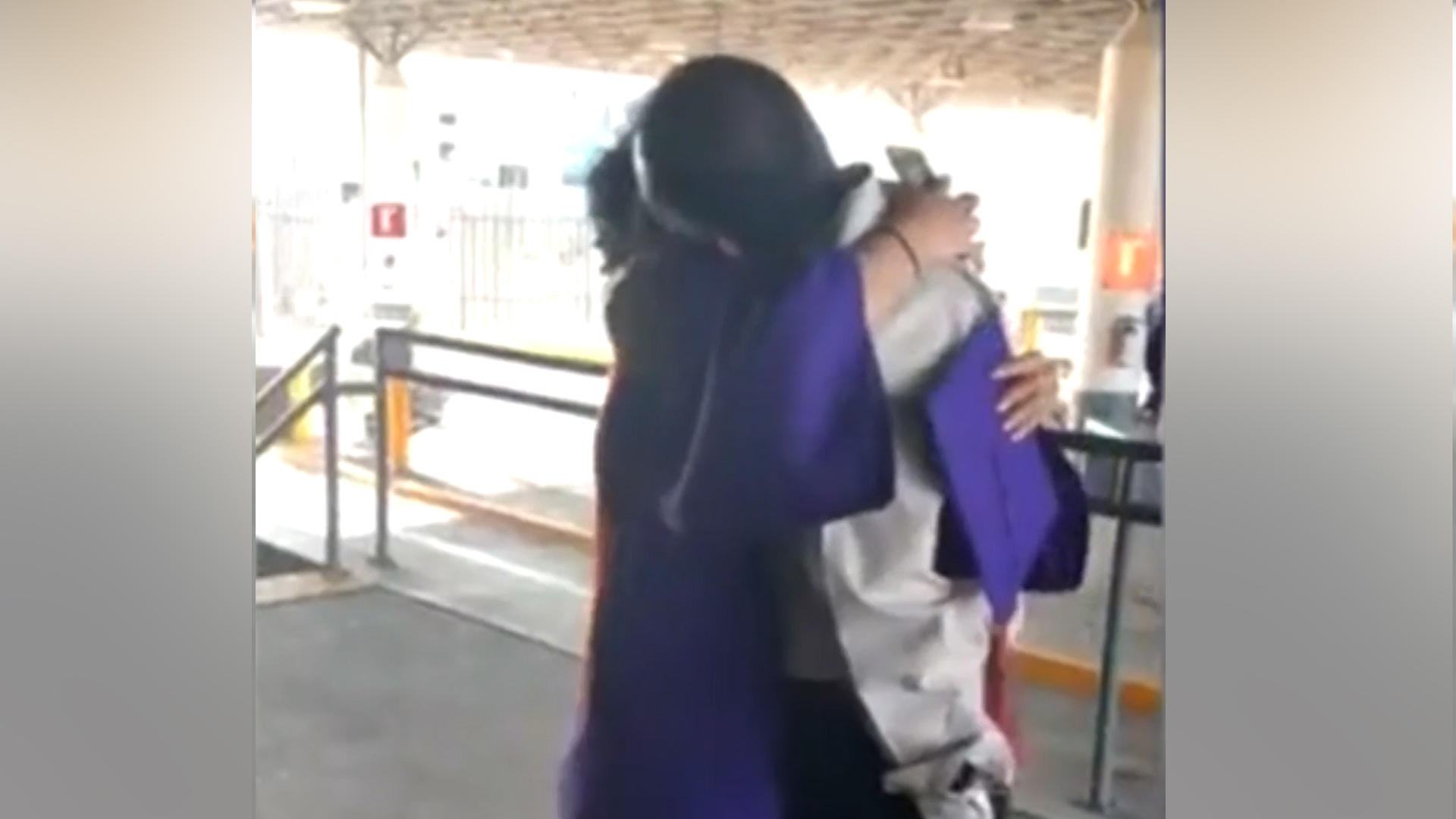 Leslie Sliva knew her father could not attend her high school graduation on Sunday. The El Paso, Texas, teen says her dad has missed many milestones in her life, but she was determined to make him a part of this one.

So she visited him in her cap and gown before the graduation ceremony at Eastlake High School. They met at the U.S.-Mexico border, where El Paso meets Juarez, Mexico. It was the closest they could get.

"My dad has been deported since 2007," Silva told CBS affiliate KDBC.

Silva's father lives in Juarez and she is able to visit him every weekend. She is still close to her dad, even though he cannot legally enter the United States.

"He missed so many things. I wanted him to be a part of something," Silva said. "He tells us every day that he wants to be with us."

Before crossing the graduation stage, she crossed the border in her purple and orange cap and gown. Her dad wrapped her in a long hung.

Silva posted video of the moment on Twitter and it was viewed over 3 million times in just three days.

"He got really emotional," Silva told the station. "He's not really an emotional type, but once he saw me, he started crying and I started crying. It was just a very happy moment."

The brief detour before the graduation ceremony meant a lot to her dad. "He was just telling me that it made him really happy that I went to go see him, that he felt honored that I did that for him," Silva said.

But she couldn't stay at the border for long. She had to leave her dad to go to graduation, and says it was difficult to walk away. "Well, after I saw him, I just felt bad, like, leaving him there, behind," Silva said. "It feels ugly, walking away in a special moment, where he's supposed to be."

Silva says she was surprised by how much attention the video got online. She never told anyone about her family's predicament, but says this is a reality for many families in the Borderland.

"I think people should know what we go through," she told KDBC. "It's not as easy as they think it is, just to go get a lawyer and --like, it takes years and so many things and we couldn't really do that."

Though they have spent years apart, Silva and her father managed to celebrate this milestone in her life, if even only for a moment.